Copywriting - I can't say I've ever been particularly strong at it.

It's hard to know with some degree of certainty you're using the right messaging. I've had many people look at my home pages and tell me I should change X, Y and Z - often contradicting each other in the process.

At the same time, we know that when customers come to our website they're looking for some keywords that speak to the problem they're having, and if we don't provide those keywords in seconds, they're going to bounce.

Ninja Outreach is a great example.

In theory, the software can help you:

The list goes on and on - and that's the problem.

I can't speak to it all at once on just one web page. I have to commit to one consistent message and sacrifice the others.

So how do I go about phrasing my website copywriting to better speak to my target market?

The two things you'll hear most often are:

While both of these are sound advice, they have some major pitfalls.

In regards to speaking with customers directly - it's just incredibly difficult to get people on the phone in large numbers. Not only does it take a lot of your time, but most people are not jumping at the opportunity to be part of a miniature research study. Unless you have a large network to draw from, this is hard.

Also, has anyone ever tried looking for speech patterns across phone calls, that may be days or even weeks apart? I for one, forget the verbiage within minutes of hanging up the phone.

So split testing solves that, right?

Sort of - if you have loads of traffic.

The fact is to gather statistically significant data on something as minute as copywriting requires a lot of traffic and time. In fact for a small website like Ninja Outreach, it literally can take months to come back with significant results split testing headlines. Think about all the time you spent not really knowing whether you were on the right track or not? Seems like a waste of good leads if you ask me.

Luckily, I have a third option. It might not be as scientific as split testing, but it can be done much quicker with no less accuracy than speaking with people on the phone.

I have an exit pop-up, which entices people to sign up to my newsletter in exchange for 50 free leads, courtesy of the software. Naturally, you're going to need to tailor this to your business/website. Preferably, you offer them something custom, but it's not a requirement as you will see below. 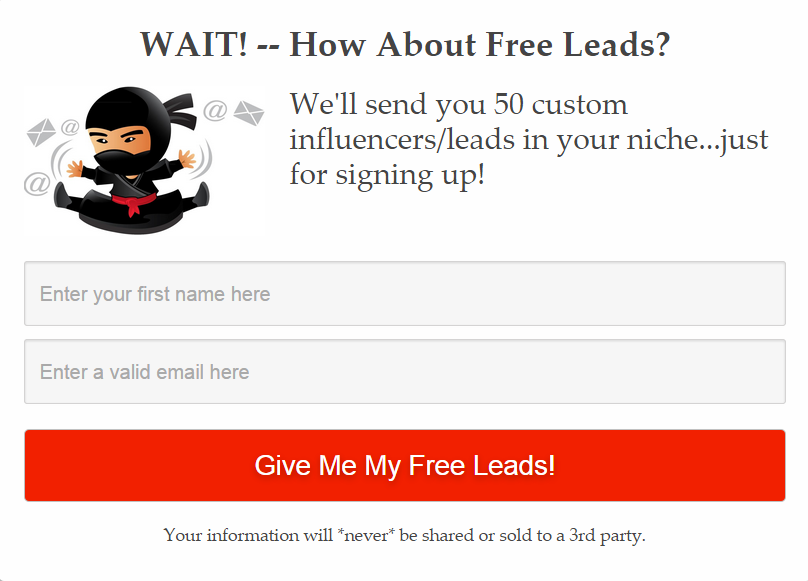 Upon filling it out, they're redirected to a Google survey that looks like this: 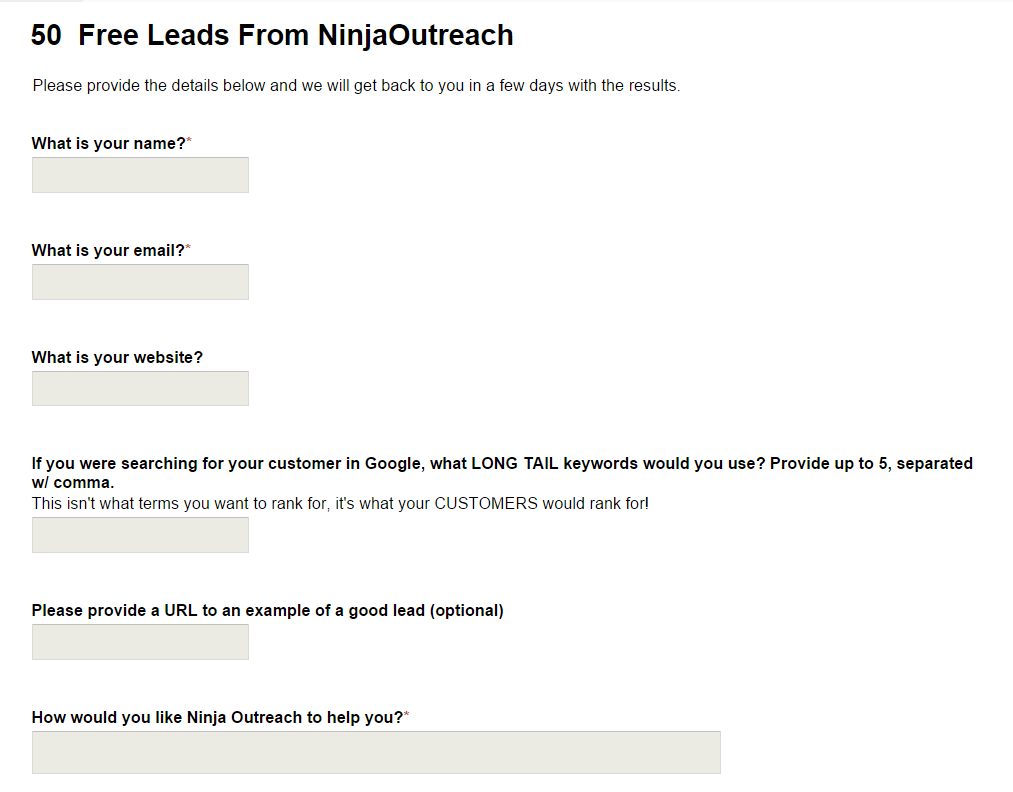 This is where we get the information that we use to deliver this custom report manually. We wouldn't be able to do that in Aweber alone, not by a long shot.

Now, most of these questions should seem pretty normal - but look at the last one:

This mandatory field is essentially my way of asking - what were you looking for when you came to this website?

Now, I sit back and collect the responses, which, if you've ever created a Google survey before, load into a Google Doc. Mind you, the response rate is great, because the fields are mandatory and are asked AFTER the person has submitted their email address. They figure if they don't answer the questions, they won't get the leads (which is true, actually). 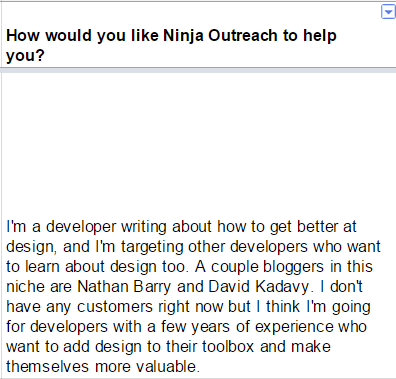 After I've received a few dozen responses I copy all of them into a wordcloud generator and look for commonalities in speech. 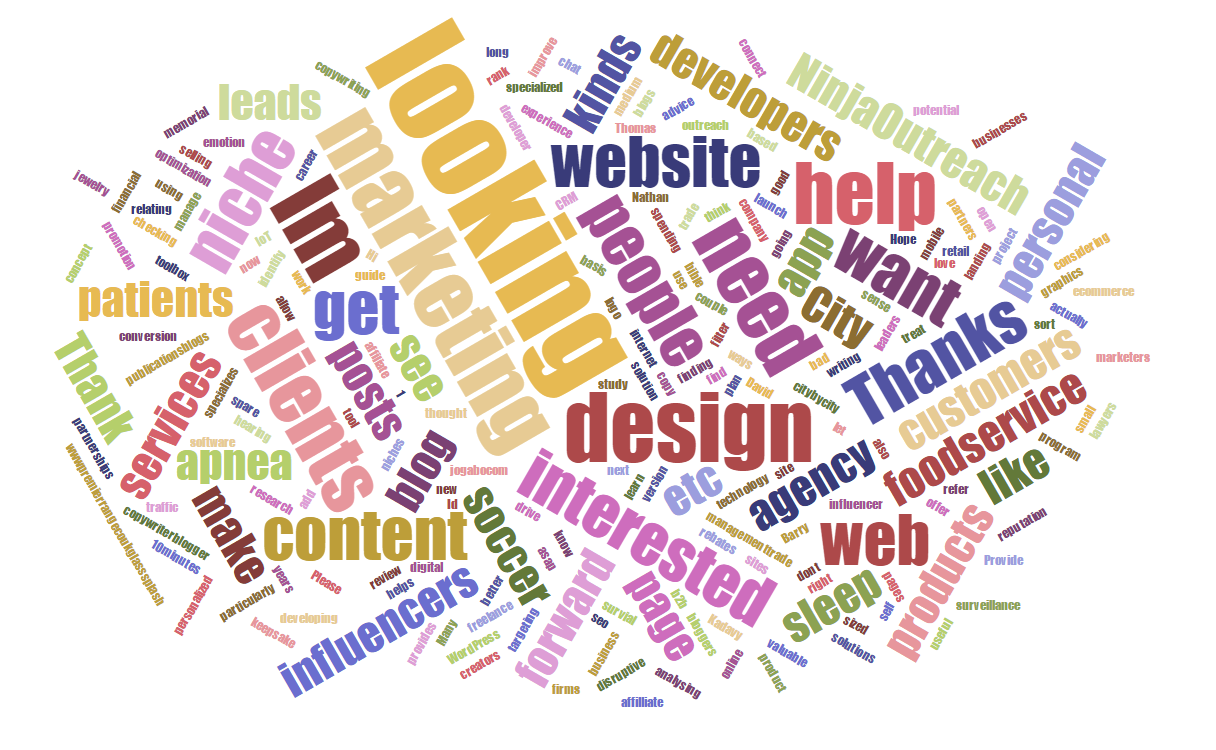 I'm looking at the largest words and trying to make sense of it to tailor my messaging. Who knew wordclouds were actually good for something?

Surprisingly, before I had done this, one of my major calls to action was "driving traffic". My thought was that people wanted to find influencers to drive traffic to their website.

But now I see that no one used the words "drive" or "traffic" at all. They were primarily looking for influencers as a means of getting leads/clients.

So I've since updated my home page to reflect that. 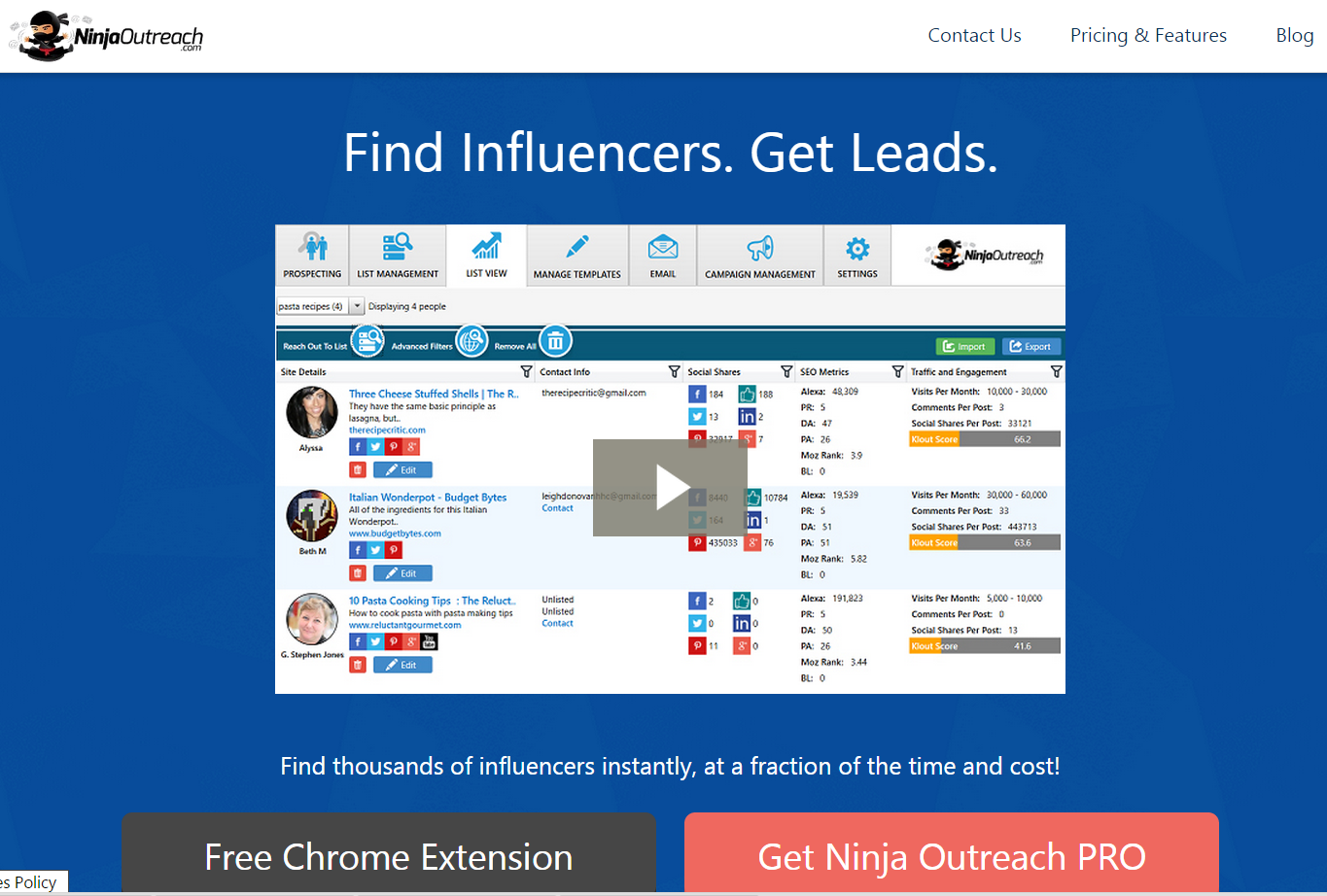 Now, I like the custom report and the in-depth survey, because it gives me the option of sending a really personal follow up and it captures emails at the same time.

But, if you're not down with the whole exit pop up and custom report, there are a lot of other options. For example, you can use Hot Jar, which has a free plan, to embed on a particular page a survey question. They will even produce the wordcloud for you on the backend, although it does not do email capture.

Looks like people are really looking for the Mac option!

You could even load in emails you've received, if you feel they're relevant to the market you're trying to write for.

As you can see, this can be used not only for copywriting, but also to understand what features people are looking for or why they're abandoning a page. You just have to be careful with your questioning, because like copywriting, you have to pick a meaningful question and go for it. For example, above I ask:

"How would you like Ninja Outreach to help you?"

"If you didn't make a purchase today, what stopped you?"

What do you think of this copywriting trick?

Why You Shouldn't Start An Online Business With Your Significant Other