NinjaOutreach is my first startup, which makes me a first-time founder (well, co-founder).

Although I've run businesses before, this one is different for many reasons.

Firstly, for the first time I have a real product (previously I ran service-based businesses).

Naturally, this type of pressure can really weight on my daily attitude, as I'm trying to be the very best at support and build the very best product under a difficult, resource-constrained situation. 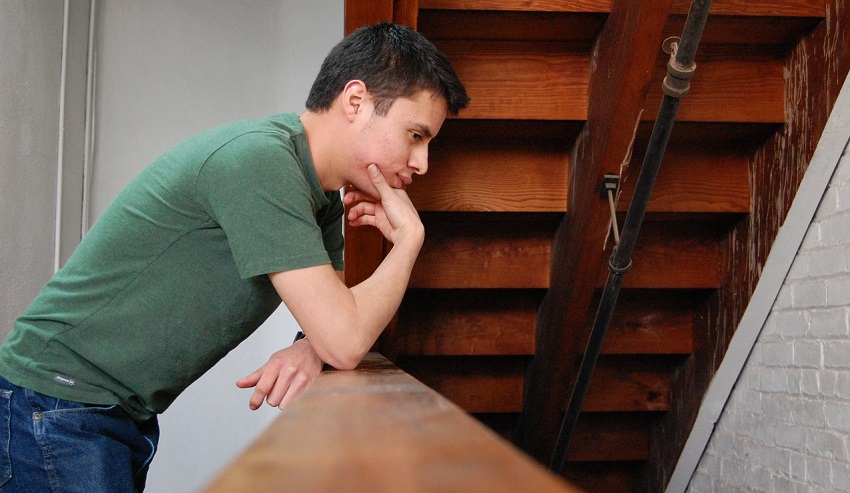 So days when I get an email like this:

Who am I kidding? It ruins my entire mood.

But somehow the bad always seem to outweigh the good by a large margin. I guess when you're working as hard as we are, you just want everyone to love it right off the bat.

As a result, I tend to push myself even harder, so that I'm working 60+ hour weeks, and always attempting to respond to customer inquiries right away, at any hour, on any day. I usually sleep with my phone next to me, and wake up every time it buzzes.

But I've come to realize this is just not sustainable, and a few revelations have really helped me to "lighten up" a little.

Hopefully by sharing them, they will enlighten another founder to take it a bit easy themselves.

No One Has Perfect Customer Service

Customer service is one of those things you just want to win at.

I handle the majority of the customer support, until a developer is needed to get involved, and that means responding with help ASAP.

I never thought we were going above and beyond, I simply considered this a necessity (and the right thing to do).

Here's me responding in about 5 minutes, while at a bar on a Friday night. 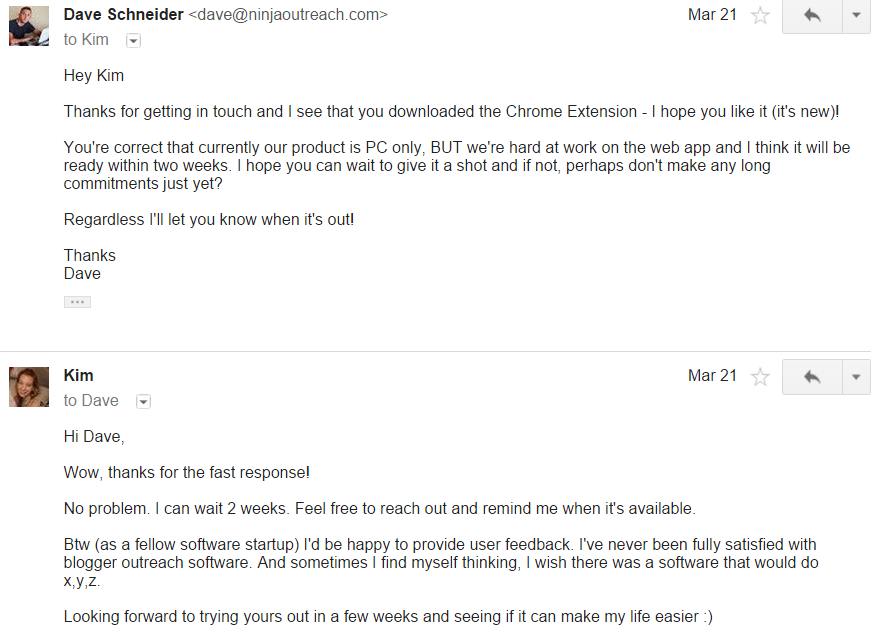 It's a lot of pressure to try to keep up with that level of support, day in and day out.

But the thing I've come to realize is that even the best in class are not nailing customer support.

I am a user of both, and from time to time I have my customer support issues.

And one thing I noticed with them was not only that they went unsolved for hours, but in several instances they lingered on for days.

And in one, the problem was never solved, and the support rep simply forgot about me.

Now, I'm not saying this is what the model of customer support should be - clearly they can improve.

But if one company with over 18k users, and another one with over 30 million in funding, can't get customer support 100% right, I guess we shouldn't be so hard on ourselves. Everyone is human, after all.

Therefore, while I still try to respond to customer support requests immediately, I've come to terms with the fact that if it takes me a few hours to get to it, it's not the end of the world.

Everyone Is Screwing Up (And Many Still Succeed Anyways)

I'll be the first to step forward and say we've made a lot of mistakes with our product.

With the way my brain had been trained to look at things previously, I would have thought these screw ups would have ended the business outright. It just always seemed like the big guys were doing EVERYTHING right.

But then I remembered that isn't always true.

Here's an article from Groove talking about 3 early failures that almost killed their startup; one of which was wasting an entire year entertaining acquisition offers that never materialized and set them way back on product development and marketing.

And look where they are now.

The fact is, you can recover - probably from more than you realize.

Working Yourself To Death, At Best Marginally Speeds Things Up

Sometimes, after a 9 hour a day, I'll look at my to-do list, empty from a successful day's work, and just stare at my computer, waiting, and thinking of something new I can do to get that little bit extra of production out of my day. I'll spend 5 minutes or so clicking around to my different analytics websites that I've already checked at least 5 time that day, only to realize that everything is exactly the same.

What should I do with myself?

The answer should be as clear as day - get out and enjoy life (or go to sleep).

What I've come to realize is that no matter how many hours you work, you can only speed up a project so much, and it's not altogether that significant anyway.

There are other people who have to play their part.

Some of them are your team members, or employees.

And some of it is just time that needs to pass.

I hate to throw out cliches like Rome wasn't built in a day, but the truth is startups take time - years in fact. Even a few 80-hour weeks is not likely to drastically change our trajectory.

But it is likely to burn me out, and that's something I want to avoid.

Ah money - such a shame to waste it when you're bootstrapping.

I read stories like those of Buffer and Baremetrics, two companies that got started for probably a couple hundred dollars and are now worth millions.

Hats off to those two, but I don't think they're the norm.

And although sometimes we haven't been as lean as we should have been, spending hundreds of dollars on some help and features that didn't pay off (and one $400 one that didn't even get implemented), I think that pales in comparison to many businesses who have lost tens of thousands of dollars (and more) on poor design and feature investments.

You Get More Than One Shot

We want NinjaOutreach to go all the way. We're in it for the long run. We're not planning an exit or working on other projects.

But the fact of the matter is, whether NinjaOutreach is a success or not, there is a good chance there will be other companies in our future. That's just business. It's unlikely we'll be here 50 years from now.

Take Neil Patel, who has recently moved away from KissMetrics, and started several other companies over the last few years.

As far as I know, KM is doing well - Neil and Hiten have just moved on to other things, and that's fine.

And what that means is there will be other chances.

A few weeks back I spent a weekend in NYC with a friend and his roommate who are also working on a startup, which is a few years ahead of our startup.

What the founder told me was that his first two years as a founder would have been a lot better if he had just lightened up and that he didn't think the business would be materially different today had he.

But he would have had a lot more fun in the process.

While we're still committed to building a great product, team, and having awesome customer support, we're going to see if we can have fun while we're doing it.

The worst that happens is we go out and get jobs, right?

The Pros and Cons of Business Partnerships

Startup Case Study: How To Hire A Skilled Intern