Steve Jobs is famous for the quote “Real artists ship.”

He was referring to the fact that everyone has ideas, but real artists deliver on them or ship them, as he put it.

According to the folklore at Apple, this was a favorite saying meaning you have to have the guts to actually deliver when it's time to deliver.

While we haven’t yet defined a set of core values at NinjaOutreach, if I had to start with something, this would probably be near the top of my list.

What I’d like to do is explain first, why, fundamentally I believe we have an uphill battle with “shipping” and what we can do to change that.

First, Why Does Shipping Matter?

While it may seem obvious as to why shipping matters, I think it’s worth reiterating.

In fact, I really think ‘Done’ and percentages between 0 and 100 should never be allowed to be together; like raisins and cookies - fine on their own, but terrible when combined.

Done is binary - it’s a 1 or a 0 - something is Done or it’s Not Done, and nothing in between ever matters.

Therefore, we must start prioritizing done over everything else.

We must start thinking that it’s better to finish something that is low priority, but near completion, than to switch gears to start a higher priority issue from scratch, only to then switch back later to finish the original thing, and delay the finish date of all tasks.

So, How Do Things Get Done?

Have you ever thought about how things actually get done?

Consider a project that, in total, should take around 8 hours to complete.

Theoretically, it could be finished in the following ways:

1 Individual works 8 hours in one day and ships it at the end -
Time to complete: 8 hours

The difference in the two scenarios is 160 hours - think about what can happen in that time?

In our business about 100 people sign up a week.

If this was an onboarding feature, or a welcome video, that’s 100 people that could have been impacted - but weren’t!

This scenario, by the way, is sort of the best case scenario, as it only involves one person fully in control of their time.

Imagine what happens when another person in a different time zone is thrown into the mix, as is usually the case for anything of significant value.

For example, consider a hypothetical product feature that is going to take the following amount of time:

Let’s assume 8 hours days, which in and of itself, is a bit of a stretch. In an ideal world, if a developer worked two full uninterrupted days, the feature was reviewed immediately, and then the following day the bugs were fixed, combined with a final review, this feature would take about 2.5 days to launch.

But here’s the thing:

As a result, what typically happens is something like this:

The result is something that resembles closer to two weeks as opposed to two days.

Mind you, this could easily extend even further, if for example, the product development cycle decides to change launches to being only once a week (something we are planning on doing), which would extend this another 5-7 days.

If you think this is only an issue related to product development - think again. This scenario could easily exist between two marketers, a marketer and a designer, a marketer and an external client / contractor, etc.

Now imagine how it might look with 3 or more people involved...I think you get the idea.

The difference between 13 days and 2.5 days is what I call ‘space’ and it’s virtually the enemy of businesses in general.

Our goal is the minimize it at all costs, because despite the fact that all people are working and making progress on some tasks during this time period, the end result is that typically the most important / high value tasks (which often involve multiple people and take the longest), are getting done the slowest.

Considering that the value of something is measured over its lifetime of being live - that’s a lot of lost value.

The Problem With Remote Team And Space

The paradoxical nature of business is that the more people get involved in a project, the slower it goes.

Overall, of course, the net output of things getting done is usually higher, but with diseconomies of scale.

That is to say, that doubling the people working rarely doubles the amount of things that get done - instead maybe it’s something like 1.3x.

It’s no wonder why I feel that we as a company are operating at the slowest pace we’ve ever been.

Startups, in theory, are supposed to be agile and to get things done much quicker than large bureaucracies like Microsoft.

This is because there are less hurdles that are needed to get something approved, implemented, etc.

The exception to this are remote startups - which operate notoriously slowly. Here’s why:

Consider just a few things that are still unfinished at NinjaOutreach:

To name but a few of the many tasks in our Trello board that are overdue or have had to have their dates changed so as not to look so behind.

But really, just about every task has some sort of unnecessary space in it - which to some extent is normal and to be expected, but I think we can do much better.

How To Get Things Done Faster

So, what’s the solution?

Well, here’s a few things you can and should do to quicken the pace at which things get done.

The best thing you can do is always to act immediately.

If we just discussed a task, or we just finished a meeting, and the next steps are clear and they involve someone else, then immediately act on reaching out to them, setting up a time, or getting an understanding of their current bandwidth / schedule.

Schedule Meetings As Often As Needed And In Advance

Be quick to schedule meetings. Remember, you don't need someone’s permission to schedule a meeting with them.

If you can’t get ahold of someone via chat then just send them a calendar invite for a time that is convenient for you and appears reasonable for them given their time zone (keep it 9-5), chances are they can be flexible enough that, with advanced notice, they can make it happen.

Additionally, you can follow up in chat to let them know about the invitation and throw out some optional times they can reschedule to in case it doesn’t work.

Then schedule meetings with Mark and I to discuss progress on a particular task, which will hold you accountable to getting things done in a timely manner and hold the other person accountable on delivering.

The key to effective meetings are to

If you do those three things, have meetings as much as you need.

Let’s say you know you’re going to have a meeting with myself or Mark and that a decision will likely come out of that.

Instead of waiting for that decision to happen and then saying,

Think about whether or not you can schedule the next step beforehand.

For example, even if you don’t know what the decision will be, you might already know who it will involve, which is enough to get you started and scheduling that meeting in advance.

Look, internally I understand that no one wants to be “that guy” - the guy who is always bothering people asking when something is going to be finished, etc.

Although, I think just about everyone could stand to be a little more of a “that guy” than they are currently being.

Regardless, for the few people that often go outside of the internal team aka to work with Hau, or something related to business development, or a freelance designer or writer - then it is not just OK, but encouraged to be “that guy”, because ultimately it is your responsibility to get things done and make sure your work is prioritized by everyone who is involved.

That guy might be annoying, but he gets shit done.

Getting large projects done is hard because they’re large - but what if they were smaller?

While it might not be possible to ship an incomplete ebook, there are certain tasks, particularly with product development, that can be shipped in parts.

Think of things in terms of the MVP - Minimum Viable Product, aka the smallest, acceptable form in which something could reasonably be shown to the end user or partner.

Use Your Calendar Wisely

Remember the example I gave about the 8 hour task that could be done in 1 day or 8 days?

As best as you can, try to block off as much time as possible to complete tasks.

Think about tasks as being made up of miniature milestones, and for a task that involves multiple people a typical milestone is a handoff to someone else, such as a designer or a reviewer.

Therefore, if you need 4 hours to work on something to then be able to hand it off to someone else, block off those 4 hours on your calendar and then immediately hand it off to the next person.

Combine that with scheduling a meeting with them to set the expectation of when they should be handing it back to you.

Person A works on the service pages mockups for 4 hours, hands them off to Person B, and immediately schedules a meeting 2 days later to meet and discuss her designs.

Is much better than

Person A works on the services designs for an hour a day for four days, then hands them off to Person B.

Person A prioritizes them low, because no one has told her otherwise, and gets them done after 4 days of partial work combined with a weekend.

If you haven’t gathered - getting things done is really important.

It’s probably the thing we can work on the most and also the thing that will have the largest impact on getting the business from here to there in X time vs. 2x time.

So, take a hard look on what you’ve been “working on” for a long time, and think about what you can do to get that done asap. 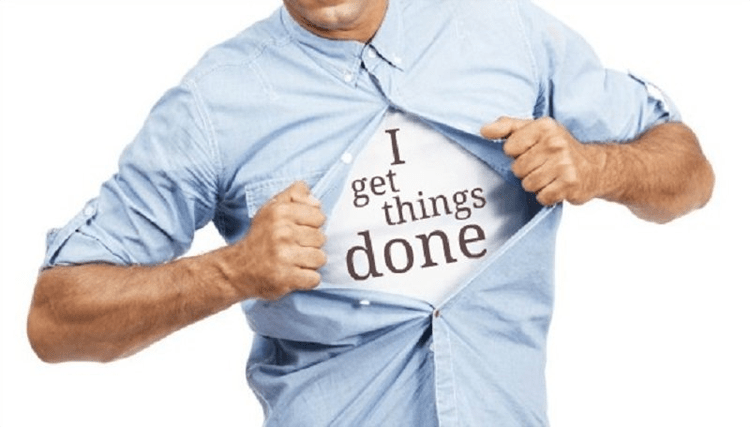 How can you eliminate space in your workflow?

Remember, the year ends in a few more days - what do you want to be able to say you’ve accomplished?

How Promotions Can Destroy Customer Experience in Three Easy Steps

Building a Saas Product? How to Outsource Your Saas Development