Our startup, NinjaOutreach, is run by three guys - all of us are in equal business partnership.

Partnerships can be daunting for entrepreneurs, who are used to going it alone.

I for one have dabbled in both worlds, working on projects by myself and with partners, and there is a drastic difference between the two.

Inevitably the choice is yours and yours alone, but let's discuss pros and cons of a partnership, as well as consider a few scenarios that might make you lean towards one way or another. 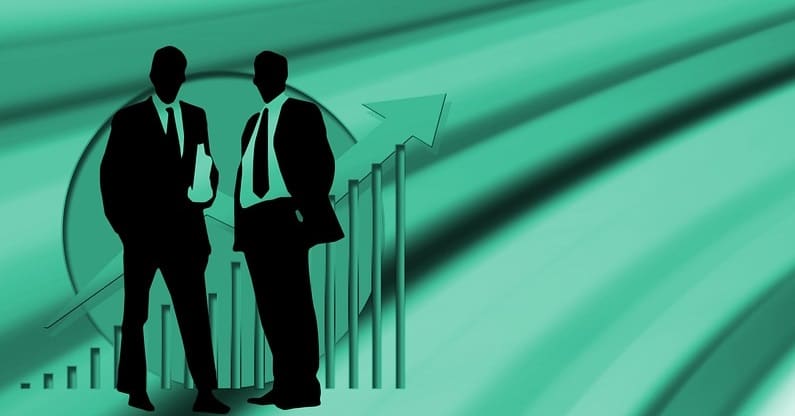 The Pros Of Business Partnership

One of the biggest pros of working with partners is having additional people to cover the costs with you.

If you have sufficient money to cover the costs, or received funding, this might not be an issue for you.

However, I believe most startups have some constraints when it comes to cash and has a hard time finding investors. That's essentially why the term "bootstrapping" exists.

Realistically I think any of the three of us could have funded this entire project, but I also think it would have been significantly more taxing for us to do so and would have represented a much larger percentage of our networth.

Personally, I'm not sure I would have been willing to take the risk.

I won't lie, I'm always a tad relieved when I pay the bills to know that I'm only responsible for 1/3 of them.

Naturally, there is a downside to this (which we will discuss later, i.e profit sharing) but at least in terms of financial risks, this is preferable.

A partner is an extra man on the ground making sales, cranking out code, or designing something.

Now, in some cases, this problem can be solved for simply by hiring someone to fill a role temporarily or even long term.

There are plenty of designer and developer freelancers.

However, that also costs money, takes time to find the right individual with the proper skill set who is motivated by the right reasons.

There is no way that a one-man operation would be sufficient for this project because the three of us do not possess all the skills necessary to drive it home (for example, I cannot code for the life of me).

We would have had to hire for that.

But it's nice to know that people, who are invested in the company and essentially working for equity, are covering these areas.

That's not always the case.

For example, at one of my jobs where I was a salaried employee, I was less inclined to share strategic thoughts, because my incentives were not aligned that way.

Additionally, if you hire a freelance developer or designer who doesn't share in the big picture, they may produce suboptimal work.

At NinjaOutreach, three people are driven to grow the company, and it's just about every meeting that one of my other partners mentions something that I was nothing thinking of at all.

Connections are a great thing for business. The more you have, the better off you are.

Having several people involved in the company grows your network linearly, which doubles or triples the number of opportunities you have to make business or receive help through your network.

Because we have people on the ground in the UK and the US, we have more opportunity to network and make connections with "local" businesses.

If you have partners AND you like each other, it's certainly more fun to be working with someone.

Being a solo founder, as Alex from Groove writes, is lonely at times and comes with a lot of pressure, since the entire team is looking at you to make the project a success.

The Cons Of Business Partnership

When I was my own boss I did what I wanted to. If I woke up one day and I wanted to spend $500 on advertising I did it.

Now I have to run that by two other people and get their approval, which takes time.

Mind you we're all on different time zones, so if I mention something at the end of the night, I might not hear until next morning, and then there can be some more back and forth before its settled.

Or, if not all three of us are on board, then we're a bit stuck.

Multiply this by a few hundred people and you realize why governments seemingly get so little done!

Bureaucracy sucks but it pales in comparison to stylistic differences in terms of getting work done and growing the business.

Bureaucracy might cause a delay, but differences in how to strategically run the business often lead to difficult compromises, or worse, no compromises at all.

Every month we have a limited amount of resources; time, money, channels, through which we can act on. Each person might value them differently, which leads them to prioritize them differently.

This might be the result of past business experiences.

Either way, it can make for difficult compromises, especially if there is a lot on the line.

The fact of the matter is that if you are the sole owner of a company you're entitled to 100%, which is quite a bit more than the 33% we each get.

If you have partners, you're likely splitting that some way.

Hiring people is costly, but it's not nearly as costly as equity IF the company takes off.

As a result, before where I mentioned that you as an individual have lower upfront costs, your potential returns are also dampened.

Basically, if the startup fails (as most do) you're likely better off having not had to eat all the costs, but your upside is limited.

Although I would argue that financial risk is mitigated by having more bank accounts to fund the necessities, general risks are more prominent as a result of more cooks being in the kitchen.

We've all heard the story of the partners who didn't see eye to eye, and an otherwise successful business was brought to shambles.

It probably happens more than we'd like to admit.

There's just a lot more operational risk when one person is not steering the ship.

At the end of our post "pros and cons of a partnership",  I don't want to say that business partnership should be seen as a last resort - that sounds overly negative towards a system that can be extremely beneficial.

I would say, however, that if you are capable of running and funding the startup by yourself, I probably would, unless you truly found someone who shared the vision and the style of running the company that you have, which is a difficult thing to assess unless you know that individual incredibly well.

The fact of the matter is, it's a lot easier to bring someone in later in the game than to try to cut someone else after you've taken off.

For us, being partners was a good balance due to the magnitude of what we're trying to accomplish, but it certainly has it's roadblocks from time to time.

Get alerts when we have new deals & offers so you don’t miss it next time.