In this third installment of our influencer marketing series, we're going to be exploring how we indirectly generated hundreds of new account signups through a relationship with one influencer.

But first, a bit more explanation as to how this happened.

Over the course of the last year, Moz has been responsible for sending us thousands of visitors and hundreds of sign ups: 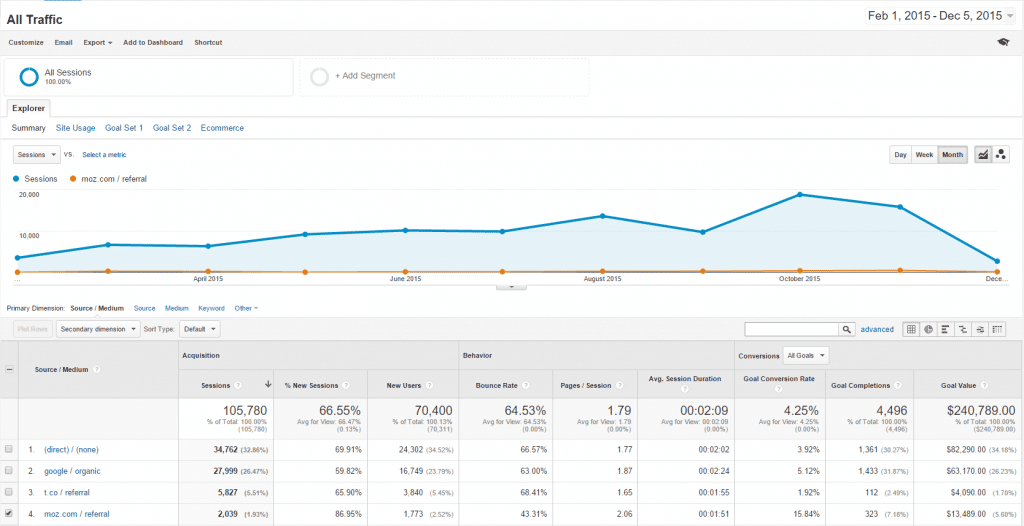 The orange line doesn't look like much, because in fact it's only about 2% of our overall traffic during this time period.

However, on account of Moz's marketing heavy audience, despite the fact that 2k visitors accounts for only 2% of our traffic during this time period, it accounts for 8% of sign ups.

This means that Moz's audience is about 4x as likely to convert to a trial sign up as a regular visitor.

But here's the thing - we've never posted on Moz.

Not a single guest post, and only one mention that I can think of (which is the one we're exploring below).

Actually we've tried - three times in fact. But we never seem to write an article that breaks through their editors.

In general, Moz's audience is very geared towards technical SEO, which is just not my forte, so my articles continually are rejected on the basis of them being "too basic".

So you can imagine how surprised we were when we started receiving a flood of visitors from Moz in March.

And we realized it could only be related to this article, which went live on March 26th, listing 14 ways to find an email address: 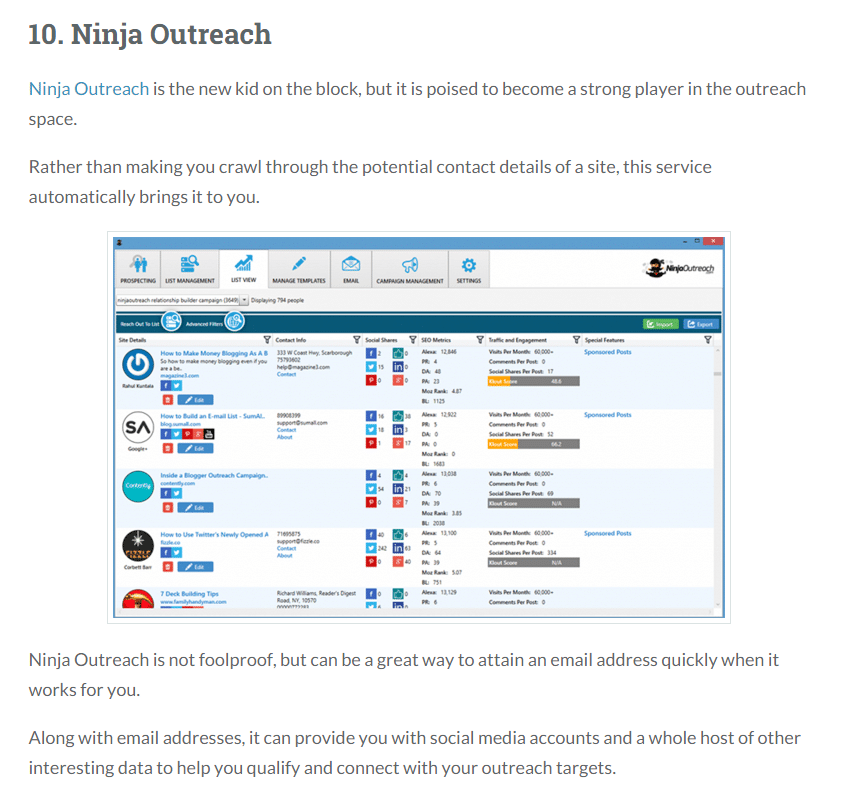 And as it turns out, not only did this article do well on Moz, but it has also done well in the SERPs and continues to send us hundreds of visits a month (which leads me to believe it is sending Moz thousands of visitors). 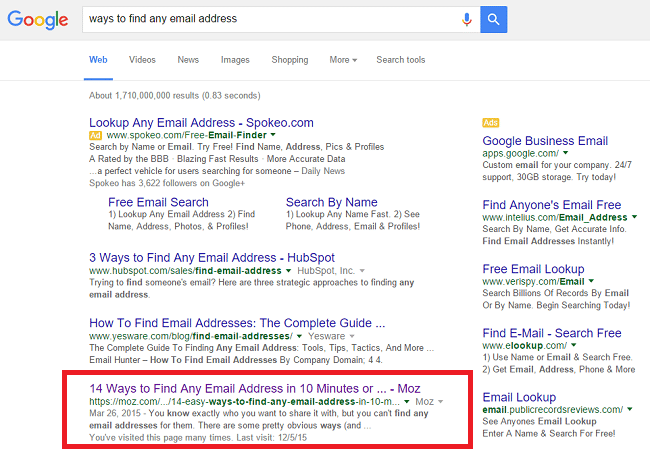 So now that we understand how this happened at a high level, we'll dig down a bit deeper and analyze the progression of this relationship:

Stage 1: The Foundations Of A Relationship

The first notable step came from Freddy of EcomHacker, reaching out to me in regards to an article I wrote about giveaways.

Freddie was doing research for a giveaway he was thinking of running, and found my article useful:

In this case, the catalyst for the relationship was content marketing. Writing a quality article on how to run a marketing giveaway attracted the attention of someone looking to do the same.

Following that, Freddie is introduced to NinjaOutreach. He signs up for the product to test it out, and is interested in running a giveaway of his own featuring the tool. 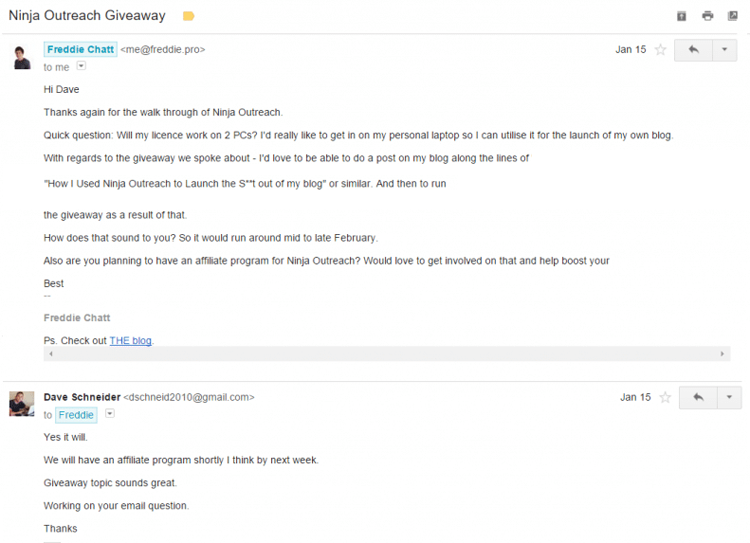 Naturally, we're huge proponents of giveaways and support this 100%.

Next, Freddie signs up to become an affiliate. This is in part preparation for the giveaway planned for February, as well as a general step that one takes when they plan on promoting a product.

Stage 4: A Mention On Moz

Finally, the relationship blossoms whereby Freddie mentions NinjaOutreach as one of the 14 ways you can find someone's email address. He does this because he is familiar with the tool and it fits his topic well.

He also reaches out to us to let us know so that we can share it as well, which we do.

There is no way we could have known back in January that a single email would result in hundreds of signups, but luckily, we did everything right and things fell into place.

What was it exactly that we did right?

Firstly, we responded to let him know we were attentive to what he was emailing us about.

Second, we had an affiliate program and were willing to participate in the giveaway he was running.

Finally, we created a good product that was worth promoting and fit into his article.

Because of this, a single relationship with an online influencer continues to drive revenue to the business.

Characteristics Of A Salesman