Ten bloggers - that's all it took for Ooka Island to get the initial exposure they needed to jump start their campaign. Having a unique way to build relationship with influencers could really make a difference. This week's edition of company spotlight proves just that.

Give us the background of your company - what is it and who is it for? 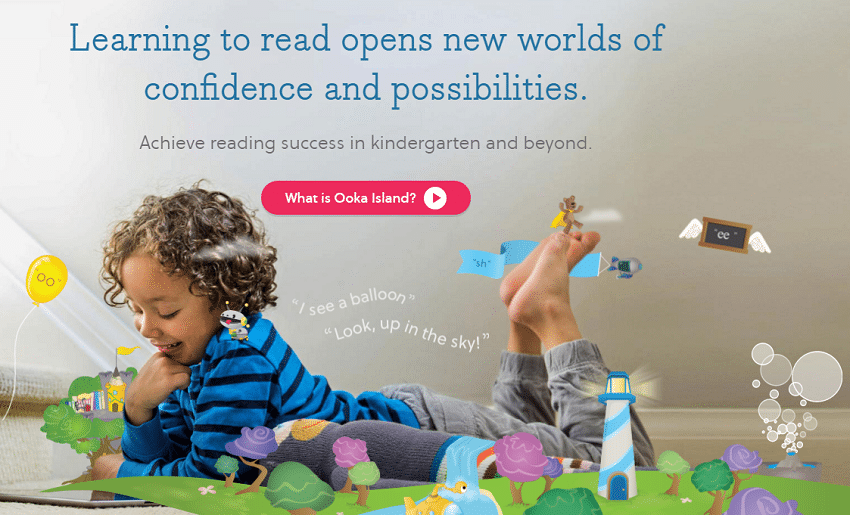 Ooka Island is a game based reading program that teaches children pre-kindergarten to 2nd grade the skills needed to become a confident reader. We’ve combined 25 years of research and scientifically-proven teaching methods with adaptive technology to create a personalized, learn to read program for every child.

Ooka Island emails parents weekly progress reports that provide a detailed snapshot of where their child is excelling or having difficulty in reading. By playing Ooka Island 30 minutes, 3 times a week, a child can start with no reading skills and graduate one year later a confident reader.

Tell us the background of the influencer marketing campaign?

We were launching Ooka Island in the app store October, 2015 and wanted to have 3rd party content to share that was written by parents who were actually using the program with their kids.

We know that potential customers want to know how Ooka Island works for other families first so the idea of finding bloggers that could write authentically, with loyal followings and a respected opinion was the top priority.

What were the marketing goals of the campaign?

Our primary marketing goal of the campaign was to create brand awareness for our new iOS app and to generate leads to our free trial. Our secondary goal was to create authentic, 3rd party content marketing that followed a child’s experience with learning to read with Ooka Island over a series of months.

How did you target influencers aka what metrics and information did you use?

Our criteria for targeting influencers were very specific. Beyond an influencer’s average monthly page views and engagement metrics, what we were really looking for were strong storytellers and writers.

We wanted to support a wide range of voices that all had different areas of expertise or interests that would resonate with other parents. Some of the influencers we chose wrote from the perspective of a parenting educator, teacher, stay at home parent, and single parent.

Did you provide anything to the influencers in return for their help?

We gave the bloggers an annual subscription for each of their children, Ooka Island books, two tickets to Ooka Island to giveaway to their readers, and compensation for a three part content marketing series describing their child’s learn-to-read journey with Ooka Island.

How long did the campaign last?

What were the results of the campaign?

We had great success with our influencer marketing program. We launched the iOS version of Ooka Island in the app store late October, and ran a lot of campaigns at that time, one of which was our influencer campaign. Our web traffic has increased by well over 15%. It has brought us new leads and definitely helped to convert.

Each of our influencers has their own landing page so it helps us track their impact. The traffic to our website jumped 70% in the month following the launch, and about 6% of that traffic was to the landing pages we set up for our bloggers.

Did you use any tools to make your campaign easier?

We kept it pretty simple. We used google drive to share and sign-off on content. We had a private facebook group between the Ooka Island team and all 10 bloggers to share ideas, pose questions and to amplify new posts as they went live.

What was the hardest part of running the campaign?

The hardest part of the campaign was just getting everyone up and running on the Ooka Island app before it had even launched. We had to invite the 10 bloggers to our beta release on TestFlight and it is not a very user-friendly experience.

Thankfully, all the bloggers were extremely understanding and patient, they even helped us find a few bugs before we released the official app. Overall, running the influencer campaign wasn’t that hard, it was a lot of fun!

What were the major takeaways you learned about influencer marketing?

Personalization is ideal to accumulate different perspectives. It's key that each influencer feels free to write about the product openly and honestly. We did not guide them to write in any specific way because we wanted authentic content for them and for us.

Make it fun and don't rush. We asked that each influencer introduce the reading program to their kids and blog about it over a period of time. It was more like a family project - let's use this program with our kids and see how they respond to it.

Be friendly and involved. We had a get-to-know-you Skype chat with each influencer and in person meetings with as many as we could. This really helped shape the nature of our partnerships. Seeing them face-to-face can make all the difference when it comes to communicating the brand and the story.

We also set up a private facebook group with everybody involved so we could share and support each other's experiences across social media.

Joelle MacPhee is the Director of Marketing at Ooka Island Inc. - the world's first game based, adaptive reading program that helps kids from PreK to 2nd grade become confident readers.