We hear quite often about the grueling hours startup founders put in. How many hours in a week does it take to run a business?

I've watched quite a few presentations from MicroConf and The Business Of Software, and several times I've heard the dreaded triple digit 100 hours per week thrown around.

As an experiment, I started keeping track of my own time spent in front of the computer, using a nifty little time tracking app that sits seamlessly in the background of my desktop called RescueTime.

So now, I have that data for myself, and here it is: 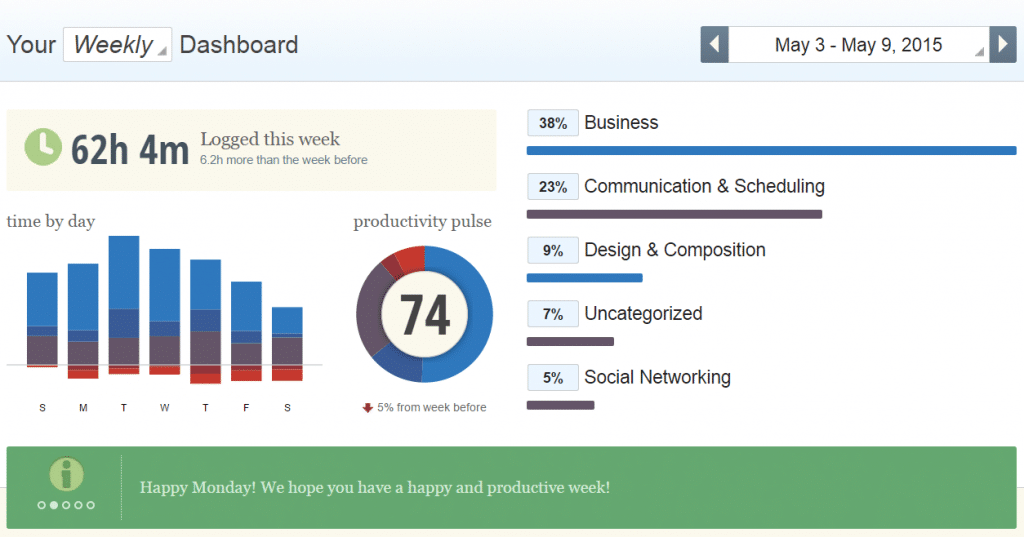 These snapshots are more or less typical, which means a normal week is probably somewhere in the 50s for hours worked, as some of those computer hours are not all work related.

And what about our contract developer - how much is he working?

Even though we have been very busy building our web app, the developer is putting in about 45 hours a week.

It's difficult to define standard with such a broad question, however, if you look at the top ranking answer for a similar question on Quora, you see the following answer: 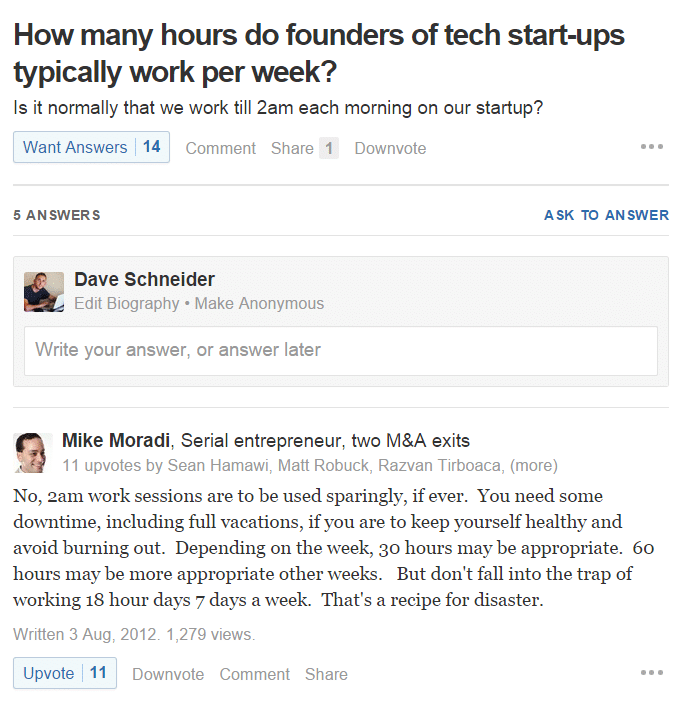 In short, 2am work nights are rare, and 60 hours seems to be a common upper limit reference.

Is This A Lot?

We can go back and forth about whether or not a 50-60 hour week is a lot, but there are a lot of reasons that make it feel like less.

But first, let's consider that the average American work week is now 47 hours, according to a recent Gallup poll.

On average, Americans spend about 30 minutes commuting to work, which is about one hour per day, or five hours per week. I wake up and can get started on my computer right away.

This alone makes a 40-hour week effectively a 45-hour week.

On the contrary, I wake up and can get started on my computer right away - no commute.

Let's face it - not all hours are created equal. There are some days when I only want to work about four hours. Maybe it is a Thursday, and I have errands to run.

There are also days when I want to work 11 hours, including very late at night. These are days when I don't have much else going on.

The ability to move hours around to the times you actually WANT to work, makes the hour not feel nearly as drudgerous.

I don't enjoy everything I do, but I enjoy a lot of it.

According to another Gallup Poll, only 13% of Americans enjoy going to work. Would you be willing to work a few more hours a week to do something you actually enjoy (assuming you could)? I think most would.

There is a lot that is difficult about running a startup. It cna be stressful, unpredictable, expensive, and a host of other things.

It is also hard work - but then again, a lot of people are working long, hard hours, and they're doing it with much less upside potential.

How To Evaluate The Competition - Can You Win?

Saas Business Model | How To Stay Sane As A Founder