From the day first, No. 1 search engine Google is aiming to deliver the finest information to its users against their queries.

You want the answer, not trillions of web pages. Algorithms are computer programs that look for clues to give you back exactly what you want.

The good thing is Google does not rely on a single clue to rank search results. There are more than 200 signals or clues, and still counting, Google Algorithms use to make possible best results of what you looking for. 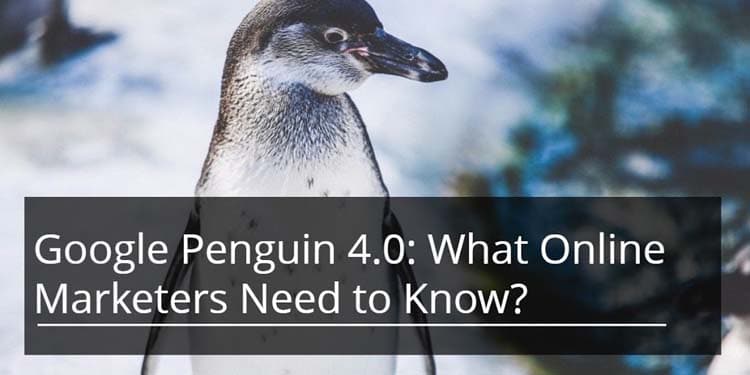 Before going deep with penguin 4.0, let me quickly give you an overview of what is Penguin algorithm and its updates.

We’ve always targeted webspam in our rankings, and this algorithm represents another improvement in our efforts to reduce webspam and promote high-quality content.
Google Penguin was aiming to punish the pages that were spamming the Google results with Black Hat linking building SEO techniques.

After reading above details, you knew that what is Google Penguin all about and what are the updates. We are here to discussing Penguin latest update, Google Penguin 4.0:

With this change, Penguin's data is refreshed in real time, so changes will be visible much faster, typically taking effect shortly after we re-crawl and re-index a page. It also means we're not going to comment on future refreshes.

There is two main component of this release:

Google's site ranking algorithm (Penguin) is now real-time, and it now treats pages on sites individually rather than treating (and presumably penalizing) the whole site.

What Online Marketers Need to Know About Google Penguin 4.0?

Google is aiming to deliver finest search results to its users and at the same time, Google also wants webmasters to focus quality content not SEO.

He further added that just with the help of this update, we will have the instant reward of our quality content.

There are some points online marketers need to consider for Google Penguin 4.0:

Google said we want webmasters to focus on the quality content, not SEO, and black hat SEO absolutely not.

As Gary Illyes said in his article:

Historically, the list of sites affected by Penguin was periodically refreshed at the same time. Once a webmaster considerably improved their site and its presence on the internet, many of Google's algorithms would take that into consideration very fast, but others, like Penguin, needed to be refreshed.

With this change, Penguin's data is refreshed in real time, so changes will be visible much faster, typically taking effect shortly after we recrawl and reindex a page.

Google Penguin 4.0 is now real time. It means we don’t have to wait for another 2 years to refresh data.

If you got affected by the previous update, and you’ve made changes to rectify that, congrats, you have been rewarded, or soon will be.

Penguin now devalues spam by adjusting ranking based on spam signals, rather than affecting the ranking of the whole site.

Google will now critically review the spammy page, not the whole site. It means, Penguin will not impact specific pages on the site or may be the section, while remain pages will remain fine.

This is a hell of an achievement. I mean, your whole site will not get punished only the affected pages.

Google Penguin 4.0 is Now for All Languages and Countries

Google Penguin 4.0 is released for all languages and countries at the same time. Google said we now rolling out an update to the Penguin algorithm in all languages. Nobody can escape from Penguin now.

Not a spate filter, Penguin 4.0 is a part of core Google algorithm so now it’s among 200 other signals of algorithms to rank searches.

That’s why we’ve seen the last announcement from Google on this update. Now you have to monitor your backlink profile continuously.

With Google Penguin 4.0, data is now refreshed in real time, so changes will be visible much faster typically taking effect shortly after we re-crawl and re-index a page.

It means no need to announce any further update that’s why Google said in webmaster blog:

Real time update makes recovery faster. If your site is penalized by the previous update, and you’ve done good efforts to rectify previous work, congratulation, you will get rewarded soon, right after Google’s web crawlers crawl your site.

Previously it was unclear that whether old advice will remain same or something have changed. Thanks, Mr. Glenn Gabe, who have made this clear for us by asking this question straightforward to Google’s official: 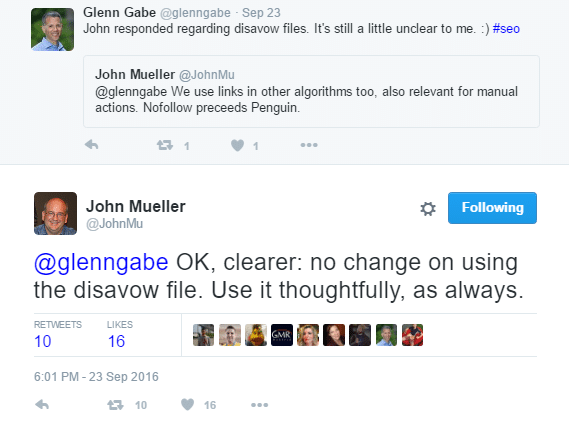 Back to original post, Another step to reward high-quality sites:

Google official Gary Illyes said we still focus original and quality content, not SEO, if you do, do white hat only.

Google Penguin 4.0 is for spammy link building techniques. Future of link building strongly depends on the new penguin update. Some concerns from experts are given under:

What Should You Do Know?

You may think that this kind of updates can hurt your site ranking. If this is the case, you should focus on the content publish on your site again.

This may be the wake-up call for you to modify your SEO strategy as well as content strategy.

The very first you should have to do is a full content audit and make sure your content is not breaking Google’s rules and regulations, not a single one.

Create the content what actually Google is looking for: the quality content. Have a look on existing content and ask yourself whether it is adding value to your site.

Take Google Penguin 4.0 as an advantage, not a burden.

The regular backlink-profile check-up has become crucial because a certain portion of the website can be penalized by negative SEO with the real-time algorithm.

As we know the best links come from respected sources which create value for users so there is no shortcut for building healthy backlinks now.

Google will notice errors faster with Google Penguin 4.0 so you need to be aware all the time. You need to ensure that your site is being optimized and updated correctly.

At the end, Google Penguin 4.0 is just a newborn baby so we are bound to learn more about it. Keep yourself updated as it rolls out. Keep your eyes out for more insights.

How to Do In-Depth URL Analysis and Boost Your SEO

From 400+ to 1k+ Links; The Ultimate Competitor Link Building Guide