When we say promotion, we have an image of advertisement in our mind. Although there are plenty of other methods to promote your products or company but the advertisement is the key focused element of promotion. 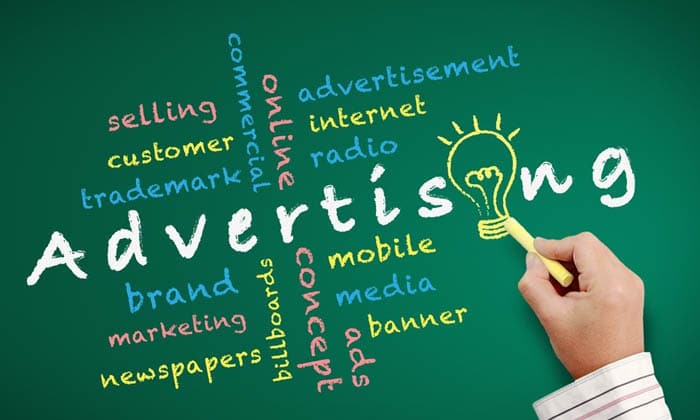 Advertising is the art of promoting yourself through different media. In the complex environment where everything is getting changed and being systematic, the advertisement is also being converted into a whole subject.

There are many things to know on this subject. Just like the 4 P’s of Marketing Mix, there are five M’s of advertisement to understand the whole concept of advertisement. 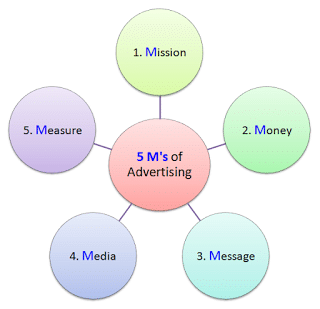 Like the mission statement of any organization, advertisement a component of promotion is also having a clear mission that what do you wants to achieve through advertisement.

In this head, we set our mission, goals, and objectives to analyze that what we are going to do and what we will get through this act.

So the organization has a mission in its record to achieve by the end of its advertising campaign.

As time is important in the advertisement but how you can ignore your budget. Money is also critical decision while going for advertisement.

Different media charge different cost. The Internet is cheap media to advertise but everyone cannot use the internet in his advertisement strategy.

TV is more costly but effective media in the advertisement. Most of the companies reserve media budget separately.

Second M in the advertisement is the Message. The message is that idea, information, literature, and theme you want to communicate to your target customer.

The message will be decided according to the target customer because you will definitely only transfer important information to your target audience but a trash.

The important thing to note here is that the message will be changed when you will change the source of advertisement.

It means that selection of media will define the message because you cannot run a picture message on Radio.

Definitely selection of media is the most important component in the advertisement. There are so many media available for advertisement but selection is at the same time so much more critical.

The decision of media selection depends on the target market because the organization will first analyze how its target market gets information about organization whether they are connected to the internet or through traditional media like the newspaper.

Use of media is also critical because of the money budget ant time budget. Different media charge different cost in different time.

It is promotional manager’s duty to study that which time is effective with which media.

Same like marketing strategy, evaluation and measurement is an essential step to ending advertisement strategy.

Without evaluation how you can identify that you achieve your objectives?

Same in the case of the advertisement, you have to measure your advertising strategy that either you get the same return or not.

Or maybe, have something to add? Please leave a comment below and tell us what you’re thinking. Cheers

Macro vs. Micro Influencers What Is Best For Small Businesses

Why You Need A Lead Generation Process Now