Welcome to the April monthly growth report here at SelfMadeBusinessman.com.

Every month I give a status check on the progress of the website and have a candid chat with my audience about what's working and what isn't. You can see past monthly growth reports.

Some of the main benefits of doing this are holding myself accountable on my goals, as well as keeping myself and this website "grounded". By that I mean, it's important to show that I do NOT have all the answers and most importantly that I don't think I do either. These monthly reports will show that I am struggling just as much as everyone else to grow my blog and monetize my projects.

Without a doubt the biggest news has been the beta launch of our web application.

The fact of the matter is this is basically a whole new product. Of course the functionality and the intent is the same, but the interface is completely different. As a result, we have to beta test it.

We promoted it privately via three ways:

We actually have not really involved current customers in the beta. In total we've had 120 people use the software, and we've been getting some pretty good testimonials. Here's my favorite:

"Dave...After playing with your software for not even 5 min, I almost shit myself!! (not literally of course). I have found a new love, and her name is Ninja Outreach!!! Just wanted you to know!! =) I can't wait to use it hardcore!!"

What I also love about the web app is it integrates with other web application tools, for example, Intercom.io, which is a freemium customer analytics application. I've been using it to get insights on how many people have logged in, and how often they are doing so.

As crazy as it probably sounds, I never had access to these analytics before. I knew if someone activated and I knew the last time they logged in, but I didn't know anything about frequency (and that's just the beginning of what is available on intercom.io).

Frequency is a key metric to measure engagement, and I had always suspected that people were not using the desktop application very frequently. So far, however, it looks like people are using the web app more frequently than the desktop.

Here's a snapshot of Intercom.io minus names and emails.

I can see that 74 out of 119 people have logged in at least 2 times. It's great that in just one week, that high a percentage of people have come back. In general, blogger outreach is not something you need to do every day - it's not like checking Facebook, so I consider this high engagement - we'll see how long it lasts.

In addition to the web application we completely changed the website, check it out: 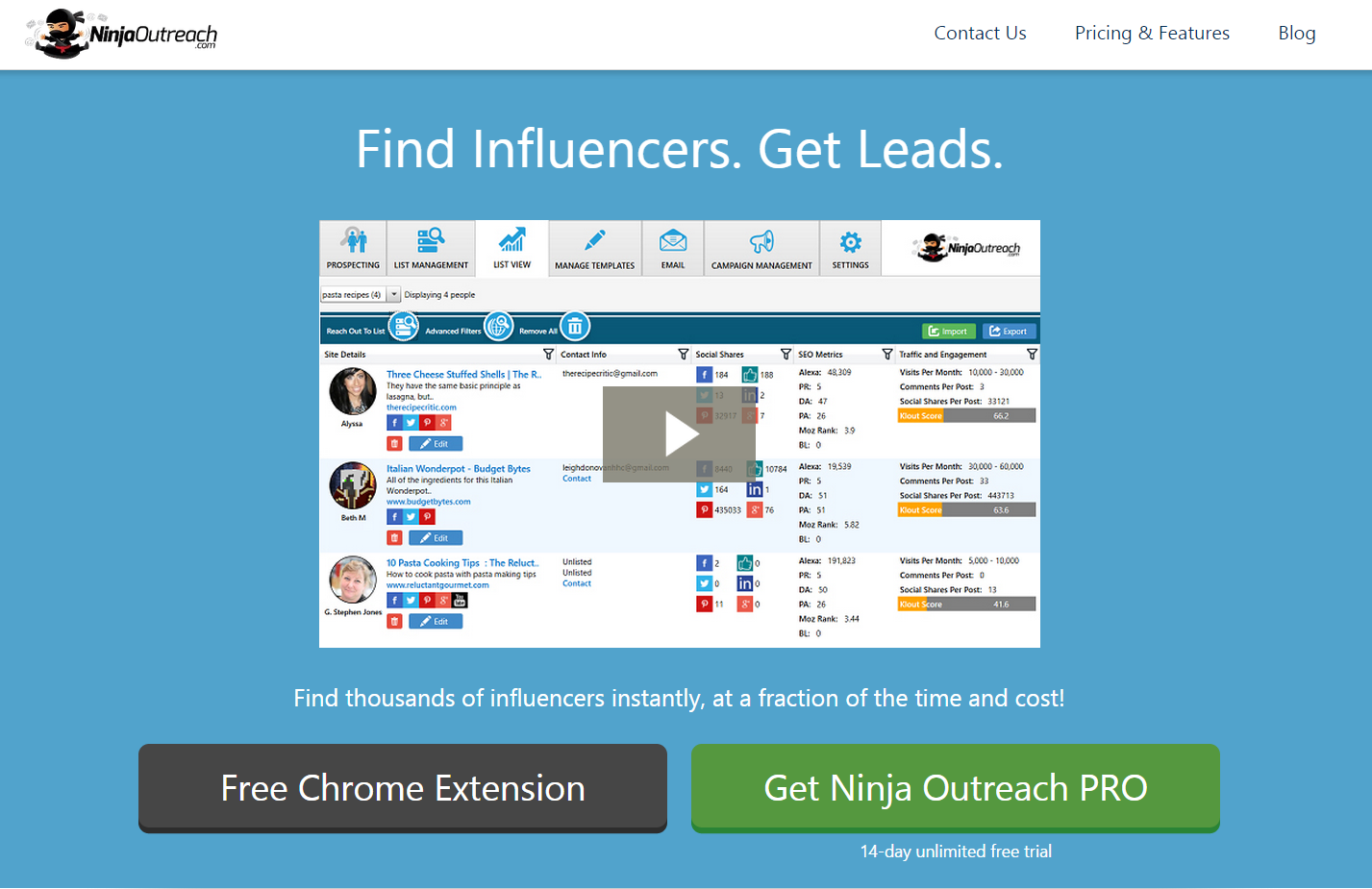 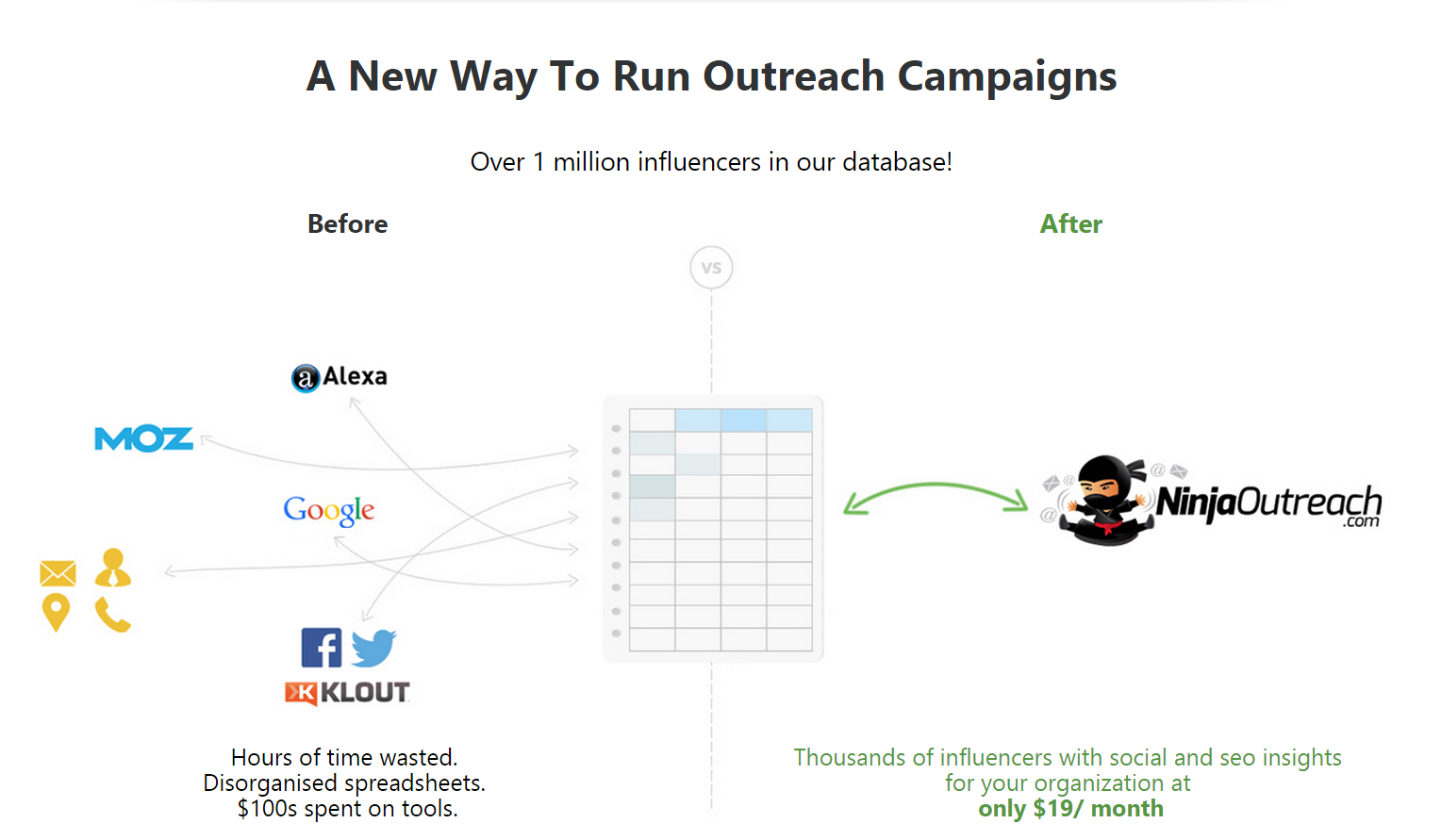 Although there are still a few images to replace (swap the desktop ones for the web app, once it's out), this is a huge improvement in terms of design and simplicity. It also didn't cost a lot (maybe $70 from our developer), or take very long, and I think has directly resulted in more signups.

Lastly, we're switching our payment processor from Paypal to Stripe. Stripe is a very well known company in the SaaS space, and this is going to allow us to handle the payments on our own domain, which gives us a lot more control over the messaging and flow. We've had a lot of issues with form abandonment because we ask for credit cards upfront, and I'm hoping this will alleviate some it.

In short, we're pretty much doing the business over again. I hate to put it like that, but the truth is when you redo the product, the website, and the payment processor, that's essentially what you're doing.

That said, we see a lot of long-term benefits in this approach, and although it has cost us thousands upfront, it seems necessary if we're going to give this business its best shot to succeed. 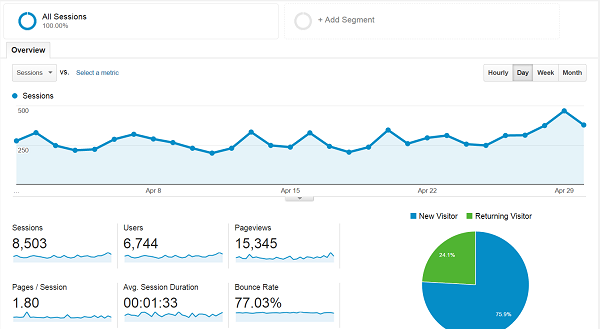 Traffic to the blog is steady as usual. Although I have been writing a ton of guest posts and including this blog in every one of them, it hasn't significantly moved the needle all that month.

On the one hand, it's definitely disappointing to see the blog in its current state after such a rocket start. Remember, this is what it looked like on the way up:

There are two major dips there, and the orange is the organic traffic. The second major dip is when the website got hacked, and it never really recovered after that.

To some degree I've stepped away from the blog a bit while I focus on my business. Of course, I'm still writing articles and updates, but instead of assuring that one gets pushed out once a week, it is now becoming every 1-2 weeks, mostly when inspiration strikes. To be honest, it's a lot of writing between this blog and Ninja Outreach, and the topics overlap quite a bit. Often I write something and I'm not sure where to put it, so naturally it goes to NinjaOutreach because that's the blog that has to grow (and it's been doing well the last few months, and will likely soon surpass this one). Combine that with multiple guest posts a week, and I'm writing thousands of words a day!

Unfortunately this has led to a decline in engagement across the email subscribers and commenters - but it's just not feasible or prudent to divide my efforts at such a critical time.

As for monetization, right now I only monetize my blog with AfterOffers, which continues to hover at around $100/month.

I don't know if April was the killer month I was hoping for, but it definitely set the foundation for a lot of what's to come with the business.

My goals for last month were:

My goals for this month are:

Why You Shouldn't Start An Online Business With Your Significant Other

Online Promotion: How To Do Low Cost Online Brand Promotion