So you understand the value of connecting with influencers, but you're not sure how.

Like most people, you probably rush to the big three

While these are all well and good and have their purpose, their are some sizable problems with each. For example:

Linking To Them - While you may get a trackback or a pingback sent to them, there is a good chance they will never even be aware that you linked to them.

Emailing Them - Email is an influencer's worst nightmare, because they get so much of it.

Commenting On Their Blog - Some influencers' posts receive hundreds of comments - so not a great way to stand out.

Luckily if you're creative, there are many other ways to get on their radar - and often they are less pushable AND more likely to get you noticed.

Here's 5 unconventional ways to get noticed by an influencer (that aren't blog commenting):

I really think social media commenting is underrated. It’s under utilized and therefore a great way to stand out. This post from Spencer got around 38 comments on his blog, but I was the only one who commented on Facebook (which also notifies him in a non-intrusive way). 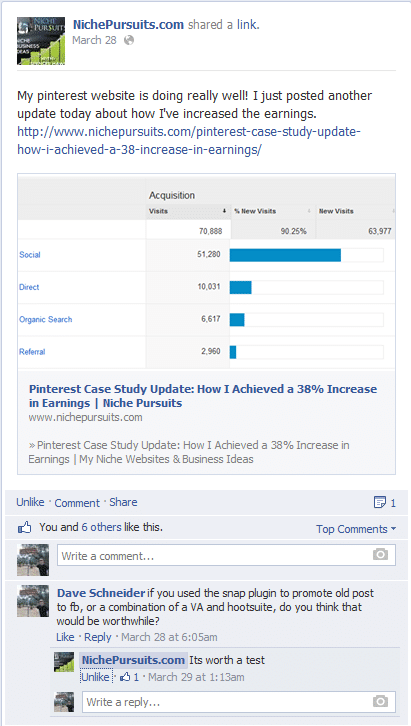 Who do you think he’s going to remember?

Moreover it’s a great way to show the breadth at which you follow someone. It shows that I am a “page-liker”.

Remember, that just because YOU know you are a subscriber, doesn’t mean THEY know (or haven’t forgotten).

Tag Them In Google plus

What Facebook does to blog commenting, Google Plus does to pingbacks.

If I write a post and include someone, I can easily tag them in it when I promote the post.

Here's one that happened to me recently. 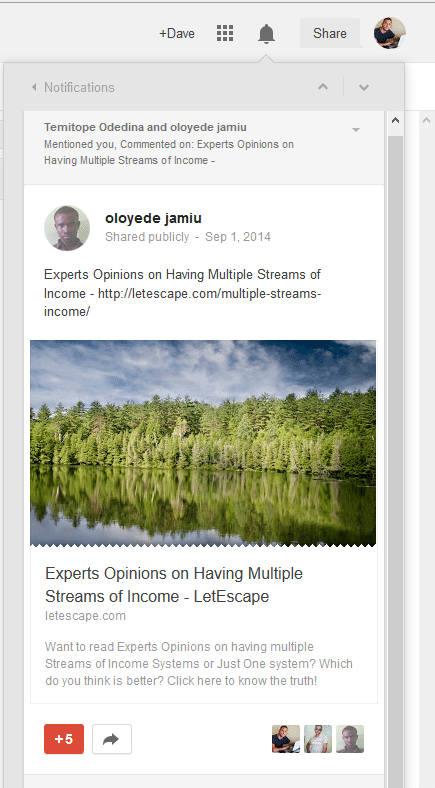 I get a simple alert up in the top right of my email (but conveniently away from the chaos that is my inbox), where I can click and go to the notification if I want to.

For many influencers podcasting is relatively new, and therefore they are still trying to build up authority in this area.

Unlike comments and emails, I pretty much all the time hear bloggers asking for itunes reviews for their podcasts.

Consider Empire Flippers who "only" has 178 itunes reviews, or Rob Walling and Mike Taber with 244.

Now this is actually quite a lot of reviews, but it just goes to show how relatively untouched the itunes review area is.

178 equates to a handful of reviews per month.

Compare that to comments, of which they have thousands.

Additionally, if you leave a nice itunes review, sometimes it gets read in the show, which can provide you with additional exposure (which is exactly what happened when I left a review on Empire Flippers).

Amazon is similar to itunes, in that if someone is working on a new product, say an ebook, and has just released it, they are looking to get it off the ground and get it reviewed.

5 star reviews help the product rank and get noticed, which drives sales for them, which increases their bottom line.

Again, for Amazon this is a lot of reviews, for for these guys, well, they have individual posts on their blog with more comments!

It's no wonder that they often leave comments addressing the reviews, like this response from Pat:

Introduce Them To Someone

One of the best things you can do for your network is to make it tighter by connecting people who don't know each other.

If I am aware of one person's work and another person who can benefit from it, I'm happy to make an introduction.

For example, awhile back I saw a friend of mine, Stuart from NicheHacks, wrote a post about all the different niche site case studies going on.

But he left one out, my other friends Jill and Josh from ScrewTheNineToFive.

So I made a little introduction!

He was happy to add them, because it made his article more complete, and they were happy to get a link back to their site! 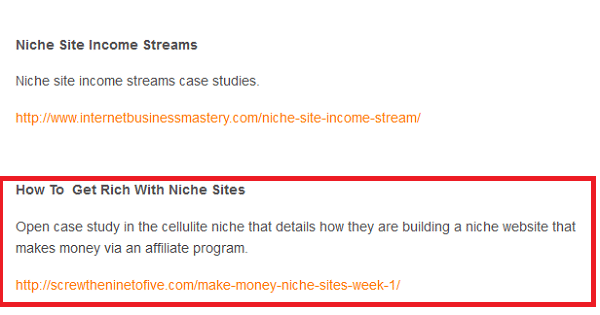 If you want to go noticed you have to go where the others haven't.

Additionally, if you want to properly network with influencers, you have to provide value to them.

I'm not saying that commenting is useless - far from it.

I'm just saying it's limited and shouldn't be seen as the only way to get noticed.

Reviews on their products and services help you stand out and increase their bottom line.

5 Things NOT to Write in Your Influencer Outreach Email