In the last few weeks NinjaOutreach has surpassed 200 customers and $5k in monthly recurring revenue.

While we're far from being considered "big" business, it's a milestone that many startups never reach.

And when you hit these milestones, as arbitrary as they might be, it's a good idea to reflect and share. Reflect so that you understand what got you there, and share so as to help someone else get there too.

With that, I've come up with 5 takeaways from the last nine months of growth that I hope you'll like.

Your Product Is Your Most Important Marketing Effort

I can't stress this enough - we would not be where we are right now if we had not continued to invest in the product. The product we launched 9 months ago simply was not good enough to get us to 200 customers by August.

What did that lead to?

Now - had we done nothing with the product and simply went on a marketing campaign - would we eventually have gotten to 200 customers? Probably, but I don't think we'd be there now.

And without a doubt the ceiling for our customer base would be a lot lower than it is right now.

So we doubled down on the product, hired another developer, and made the transition. We've been focusing on the product ever since, and continue to do so, having hired two more developers in the last two months.

Having just gotten back from the marketing conference Inbound, where Dharmesh Shah made a bunch of product announcements, it's clear to me that you never stop investing in your product - it's your best marketer. 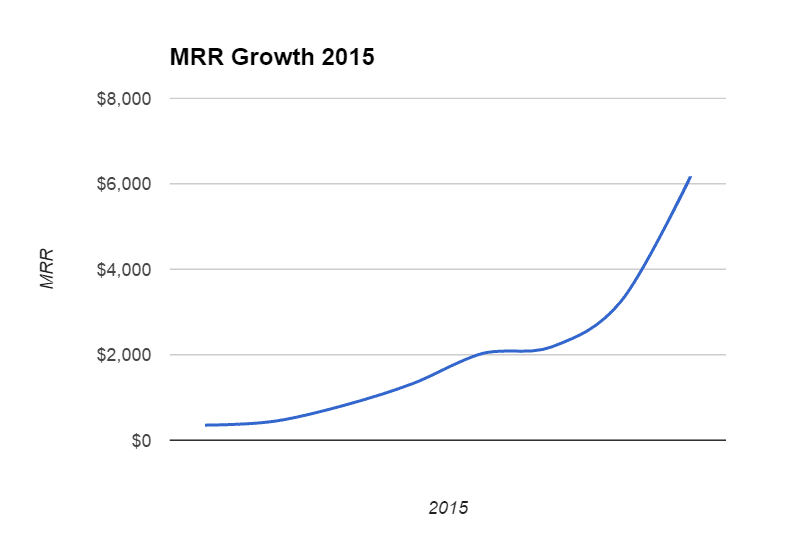 In August we practically doubled in size.

Consider what that means.

It means that August was equivalent to all of the progress we made between January and July.

That's pretty crazy when you think about it - that one month could be the equivalent of seven.

Now August was a breakout month filled with several big features. September isn't going to be like that. But it goes to show just how quickly growth can accelerate. One month you feel like you're just scraping by, and the next month all of the sudden a business appears. It happened in just a blink of an eye.

What does this mean?

Don't give up and don't let the projections bring you down. When we launched in January I projected that by the end of the year, based on the current metrics, we would end the year at around $4k/month. Now that number is something more like $12k because the growth has been quicker than we expected (thankfully).

Business Expenses Add Up (But That's Your Choice)

The darker side of this is that business expenses add up as well.

As you get bigger you warrant needing more tools. Now all of the sudden we've upgraded from the free plan of Intercom to the paid plan. We're also looking into adding more servers. All of these things become justifiable as the business grows, because you feel that these premium plans and tools will add enough value to justify the cost.

And while that's probably true, often it takes time for the value to materialize and for a few months you're running a loss while all these add-ons catch up.

Without a doubt, the biggest expense is always people. Since we've brought on 3 developers our monthly costs have skyrocketed. While $5k/month would have been more than enough to pay the bills in the first part of the year, it isn't enough now.

Of course, all of this was and continues to be our choice. We *could* cut a developer or two. Growth would slow, but we would be profitable - however we choose to keep investing in the business to grow it faster.

Eventually, of course, you have to start giving the business less and giving yourself more. When you decide to do that is up to you and it's always a tradeoff.

Customer Service Is Worth Everything You Put Into It

We do everything we can to give the best customer service possible. I can't even begin to count the number of times I dropped whatever I was doing to respond to an inquiry at all hours of the day and night.

I believe it has paid off, although not without adding additional stress to my own life and the feeling of always being "on".

Sometimes my partner and I get so excited about it that the two of us are responding to the same customer inquiry simultaneously. 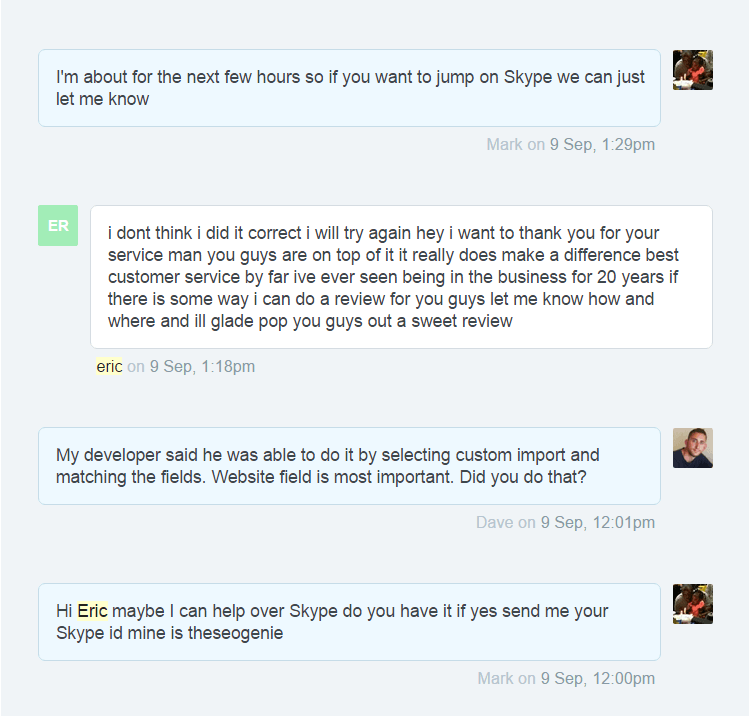 We've received a ton of compliments like the above since we started, and needless to say, it really helps cheer you up when you're feeling down about the software or the business.

Make customer service a core competency in your business - it will be appreciated.

This summer I went to the most weddings I've ever been too (3).

I realized something - weddings have a ton of details to them, but I think there are 3 things that matter most of all:

Basically, people want to be well fed and have fun.

And yet so many brides and grooms focus on the details that I think inevitably only they will notice, often at the expense of the core competencies. For example, a stringed quartet playing popular love songs, while your steak comes out dry.

It's nice to have those things, and it adds a unique touch to each wedding, but when guests go home and talk about the wedding, all that really matters is whether or not they had a good time (which often involves getting liquored up and dancing your face off).

There are a lot of details that only founders/developers notice. We obsess over these details and spend time on them. The software is better for it, definitely, but it isn't MUCH better, because we aren't hitting on the main things that people care about.

This is different for every software. For us, it's good prospecting, good contact information, and good outreach.

And even the last two are somewhat secondary, because if a person logs into the software and can't find the results they want - they don't even get to the last parts, they cancel.

Personally, I've found myself getting lost in the details from time to time, because you think they will be quick fixes, but in reality a whole week can go by having focused on a bunch of "small edits".

Our biggest wins, however, are always when we work on improving an existing process that's a core functionality in the tool, or adding in a functionality that was just desperately needed (things like an import, email integration, etc).

Going forward, we're working on focusing on big improvements until there aren't any left, then we'll double back and add in the string quartet.

Some lessons simply come out of nowhere in a good way (like the growth thing). Others are the result of screwing something up, adjusting, and seeing improvements (like the product thing).

Regardless, it's important to keep learning, and sharing.

Our next milestone is $10k MRR, which is where we hope to be by the end of the year. We'll be sure to update you when we get there!

The Story Behind Ninja Outreach

Why SEO Is The Ultimate Weapon For Startup Marketing - Ninja Outreach

Saas Business Plan: Why Marketing and Development Should Work Together