Two weeks ago we received an email from an accelerator we applied to:

They had placed us in the top 25 of over 1k applicants and wanted to do a follow-up interview that week.

Those startups, who ultimately ranked in the top 10, would receive $50k in funding.

We ended up taking that interview, which only lasted about 15 minutes, but a few days afterward, before hearing their final decision - we dropped out.

This article is about why we made that decision and our thought process leading up to it. 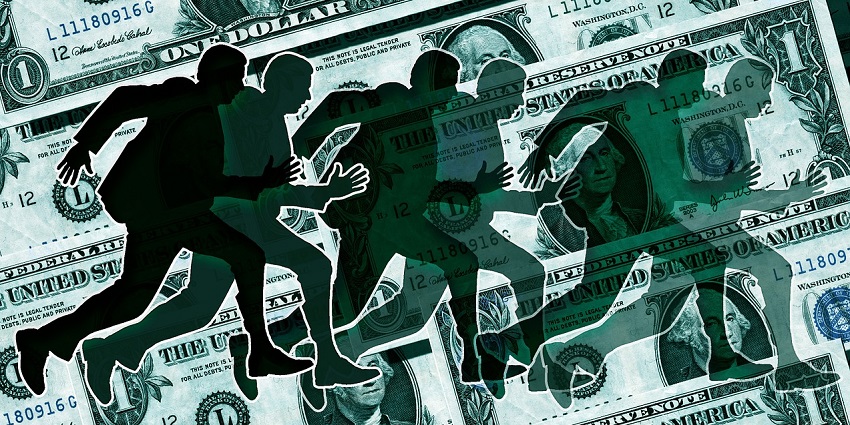 Should You Seek Funding?

There's a lot written about whether or not you should try to get funding for your startup.

Having never received funding before, I'm hardly an expert - but I can tell you our thought process has been the following:

Fundraising, for us, has always been an afterthought.

It is something we all agreed to put minimal effort into for the time being while we work on building a product people love.

If we focus on that, eventually, we think, investors will come to us.

This is part of the reason why we publish monthly growth reports.

Other startups may or may not agree with that mentality, but I think just about everyone will agree that trying to get fundraising is a full-time job for at least one person.

And given we're already constrained on resources, it's never felt like a job that should be prioritized, when we still have a lot of work to do finding product to market fit.

You're probably wondering, then, if I'm not actively seeking funding - how did this offer come about?

Well, I didn't say that I was putting zero effort into it.

What I have been doing is very casually applying to incubators on AngelList.

The process is fairly simple, and involves a common application that can be sent to dozens of incubators at once.

Therefore, for the relatively minimal amount of effort it required, it seemed worth it to at least throw our hat into the ring.

At the very least, it would be a good experience understanding what the key questions are that investors want to know.

In most cases, we haven't received any replies back. In a few cases, they were no's, and in one case, we were told we were finalists.

The Details Of Our First Potential Offer

Our first potential offer came from SeedSumo, an incubator out of Texas, which provides $50k in funding in exchange for 10% of the company (that's a $500k valuation for you Shark Tank fans). In addition to that, there are some nice perks (things like $50k in waived fees via Paypal).

In exchange for accepting their offer, we would have to participate in a 3 month long, onsite mentoring program with the other startups.

Thinking Through Our First Potential Offer

I imagine there are two types of reactions.

Mine was somewhere in the middle.

Naturally, I have to be wary of giving away 10% of the company to anyone.

Without a doubt, that is a large amount of equity and could represent millions of dollars later.

At the same time, $50k is not a small number for a bootstrapped startup.

It would likely cover our costs for the entirety of the year, and mean that we could attempt to build our company without having to put in much, if any, of our own money.

Let's face it, it's not like people are throwing money at us.

In fact, this very well might be the only money we could have been offered for the entire year (at least, that's my expectation).

On top of that, having access to the network they advertize, and the potential support in future fundraising rounds, is certainly attractive for someone with little connections in the industry.

Why We Dropped Out

Inevitably, we decided to pull ourselves out of the running to allow the other startups better odds (mind you, we were never actually offered the $50k, we pulled the plug before getting to that point).

It came down to the following:

$50k, while a lot, is not going to be a game changer for the business.

It potentially allows us to hire one more developer for the year. On the flip side, 10%, while currently not worth a lot, has the potential to be significantly more valuable in the long run.

The fact of the matter is, while we could no doubt benefit from the money, I can't say we "need" it, at least in the sense that if we don't raise funds the business will cease to exist.

We're confident that we have enough of a runway to at least get us to be even on our costs (though not on our time), by the end of the year, and that's not a bad place for a new startup.

Additionally, I had some doubts about the network.

Not necessarily theirs, but in general.

Right around this time I had the opportunity to speak with a friend of mine who went through TechStars.

TS is one of the most well-known accelerators in the country, which is why I was very surprised to hear his lukewarm reaction to the entire process.

Although he had a great experience working with other startups, he didn't feel the network TS offered had a material impact on his business going forward, and he felt overall that the motives of the accelerator did not really match his own.

Lastly, although there are certainly a lot of benefits to mentoring, there are also a lot of costs to participate in these programs.

The 3 months would have required us to live, in Texas, being responsible for our own rent and utilities.

Combine this with two flights from Europe, and possibly having to support two rents during this time, and you have already dipped into several thousand dollars of this seed money.

The team could definitely benefit from being in the same location, but I'm not sure this is the answer.

I'll be honest - I don't think we're an overly attractive candidate for funding.

We're a completely remote team, with two people based in Europe.

Therefore, I was very surprised and humbled to even be considered for an offer at all during this process.

All the same, if it just doesn't feel right, it probably isn't, and it seemed that the best thing we can do is to continue focusing on our product, and, perhaps next year when we've established more of a product to market fit, we'll be in a better position to command a higher valuation.

What do you think - did we make the right decision?

Top 5 Email Outreach Mistakes And How To Avoid

How to Deal with Regrets in Business