Social Media and virtual presence are words synonymous with each other. Today, each person or business has a social media presence.

Businesses, no matter how big or small, have their social media handles to reach out to a larger audience, who prefers to shop from the comforts of their homes.

The last two decades have seen a severe rise in the world of social media.

It all started with Orkut, a social media platform owned and operated by Google. 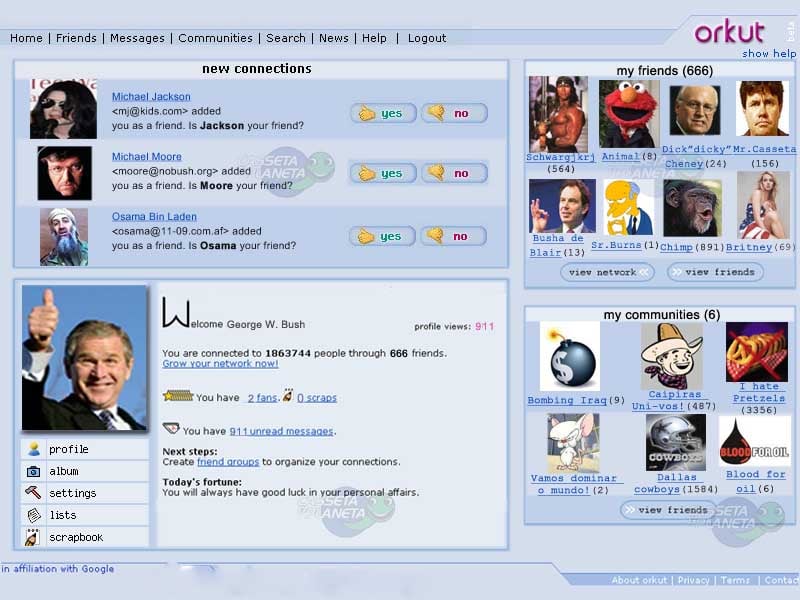 The platform was designed to help users meet new and old friends and maintain existing relationships.

With the passage of time, other platforms for social interactions came up and became more popular.

When thinking about the future of social media, there's way too much to cover right here in any detail.

So we may just want to talk about one of the many trends that we're going to see developing on a larger scale over the next couple of years.

What we can see happening more and more is that people are shifting away from your standard social channels and finding ways to be social using other apps, particularly video game apps.

Video games and social media are rapidly merging together to the point that many hardcore gamers socialize primarily through gaming platforms, whether through their desktops at home or on their smartphones.

For years, however, this was not the case.

A large group of unconvinced and sceptical people disregarded the trend of social gaming, branding it nothing more than a fad!

However, this changed when Facebook introduced Farmville and other social gaming platforms followed suit.

Social gaming apps can mean different things to different people. There are gamers – young and old – who routinely spend thousands of dollars per month on resource packs and speedups to help them advance in the games.

And it's not just a handful of spoiled, rich teenagers on the fringe of American suburbia.

We are talking about people of all ages all over the world pouring money into these games every day and spending several hours a day checking in on the game.

The new social apps aren't going to look like Facebook. Instead, those social interactions are going to be taking place in video game apps like Clash of Clans, Mobile Strike and Brutal Age.

A classic example of the advent and popularity of social gaming can be associated with the overnight success of Facebook application like Farmville.

If the Facebook model is anything to go by, the market potential of social gaming is huge.

Each day millions of people get out of bed each morning to plough their virtual farms.

What’s more, they’re willing to shell out money from their pockets doing so.

The Shift in Social Mobile Gaming

This built-in social aspect in video games has been around for several years now, with games like World of Warcraft and even Call of Duty on PC and gaming consoles.

On mobile, things were a bit different, though, at least in the mainstream mobile game market.

In most of the mainstream mobile games like Bejeweled, Farmville and Words With Friends, there was a social aspect to the games, but most of the people that you socialized with in those games were loaded in from your Facebook friends list, and there was a lot of interaction taking place within Facebook itself among those playing the game.

Today's mobile games almost completely cut Facebook out of the picture, other than as an easy way to upload an avatar/profile pic for use in the game.

So a few years ago, mobile gamers were socializing through Facebook, either directly or indirectly.

But now it's all taking place within the game app itself, and I think that's a significant shift that Facebook and other traditional social platforms are going to start to feeling as it impacts their numbers.

It's not inconceivable that many gamers will soon be ditching Facebook and Twitter entirely and doing all their online socializing within their video game apps.

In a very short span, social game developers like Zynga and Playfish have already made millions.

This has led many industry analysts to predict that the future of gaming certainly is somewhere between the current model of gaming and the one presented by social gaming.

From a business perspective, what's interesting about these gaming apps is that they allow the game developers to easily sidestep many of the "rules" of Internet marketing and SEO.

If you've played Mobile Strike, for instance, then you know that there are several chat, mail and messaging features built right into the game.

And what jumps out at you almost everywhere you look in that game?

Advertisements are everywhere in Mobile Strike.

When you open the app – BAM! – you get hit with an advertisement to purchase resource packs to use in the game.

What is that icon constantly flashing over on the side of the screen? It's another ad.

Every day when you check the mail feature, what do you get? - Sales pitches that try to get you to buy resource packs.

There's also a "blog" which announces upcoming events and – you guessed it – sales on resource packs with all the special items you need to unlock new benefits and special abilities to dominate your enemies.

It's pure genius, because if this was being done on a website, that site would get a major penalty from Google and other search engines for being too spammy, with all the ads above the fold and the constant bombardment.

All those salesy mails would end up being blocked by spam filters too, if they were done via traditional email platforms, but here in the game app, anything goes.

It's enough to make any white hat SEO crap his pants, but it's a brilliant way to work around traditional safeguards, and those game developers are seeing big profits.

What’s more, social gaming happens to be the most intelligent and efficient way to get Internet users to provide their credit card information.

And it's unlikely that any of that would be possible without the social interactions that are becoming front-and-center in today's video games.

A few years ago, everyone was becoming addicted to Facebook for their social interactions.

But now people are becoming addicted to video game apps for the same reason.

Whatever way you may want to look at it, social gaming is definitely here to stay!

Tina Williams is a Digital Marketing Strategist and is responsible for the successful management of digital strategy for client brands based on consumer insight and data. She is an innovative and progressive thinker who can connect digital to all other aspects of a client business and drive growth opportunities. Tina possesses a keen insight into consumer behavior. She plays a vital role in promoting the integration of cross-functional teams. With superior communication skills, both internal and client-facing, she works like a fire-brand to identify prospective growth and incremental opportunities with client partners.