Time for the second, monthly business review at NinjaOutreach.

February saw the business grow to around $480 MRR from January's $168 - positive progress!

What went right, and what went wrong?

The marketing efforts for NinjaOutreach have been going well. Here are a few facts:

Here's a graph of our sign up growth over time: 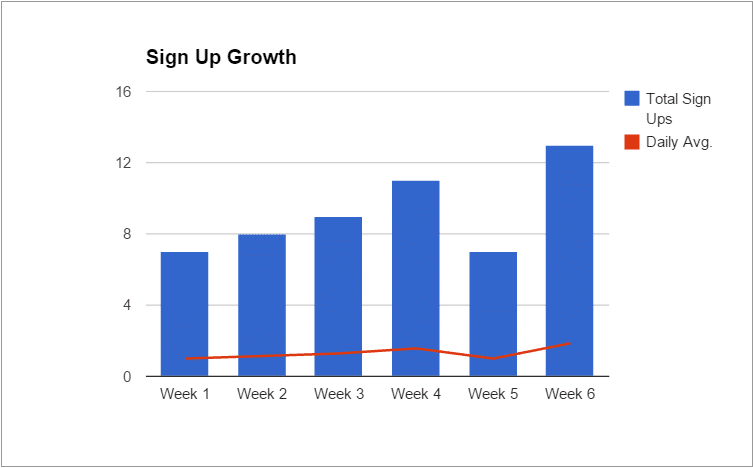 So what's NOT going well?

The problem is there are just too many steps in the funnel for people to drop off.

I hate to blame everything on the desktop app, but I do feel it is a large hurdle for our conversion rates, as a lot of people don't have compatible systems are don't like downloading software.

Luckily, all of that is fixable in time.

Although we were hoping to come out with the Chrome Extension and the Auto Follow Up Feature this month, we punted on those to work on the Web App.

I'm happy to say that we are expecting to release a web app version in March, which is well ahead of schedule.

Mind you, this is what it currently looks like: 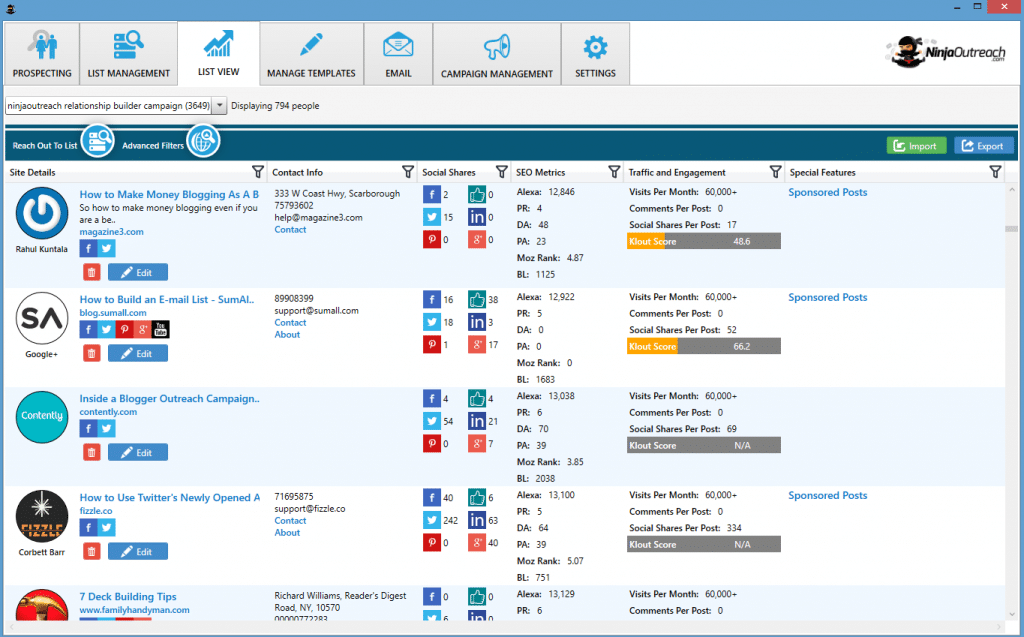 Here is what it is going to look like.

I think it's going to be a very nice improvement, don't you?

Although this had us with nothing new to announce in February, I do believe that it is better to give people the one thing that they really want instead of a few nice to have features, which just delay the inevitable.

Additionally, we are still planning on releasing the Chrome Extension this month, and it's going to be sweet!

We have been doing some additional development because we wanted to make a free version as well, so Mac users will have something to play with.

Lastly, we have brought on two additional developers, which should really speed things up, once we get going with the web app!

Although I'm not exactly thrilled with the progress of development and the rate of growth for the software, I see an incredible amount of opportunity.

Literally, we have dozens of ideas that we know will improve the software and the conversion rates - it's just a matter of implementing them.

Every day I look at the current state and feel like it is only going to get better - and if this is the worst case scenario, it's really not that bad.

We'd still be profitable by the end of the year, just not as much as I like.

Regardless, we're really excited and we feel we're on the verge of something great!

How was your February?

Want to Be Better at Content Marketing? Read This