Generally the people I run into fall into two different categories; those with no ideas, and those with too many.

Personally, I fall into the latter.

I’ve always got a million different things I want to try (as Vicky will say, it’s a problem).

One ancillary benefit, though, is I’ve developed a bunch of techniques for testing business ideas. 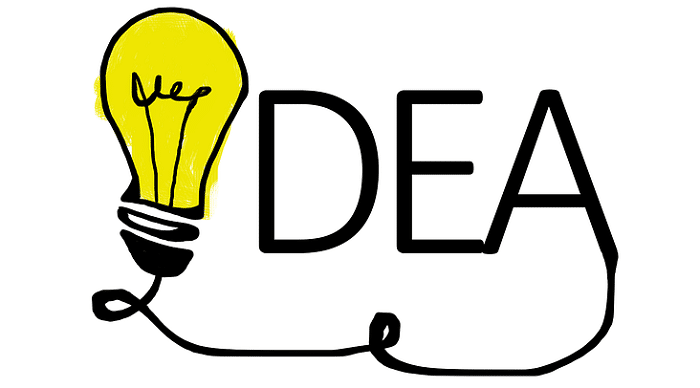 Most cost little to no money.
Today I’m going to share them with you, and your action item is to test an idea you’ve had today using one of these methods and let me know in the comments what you did.

Why You Should Be Testing Your Ideas

Before we get into to the how, it’s important to ask why.

Why should we be testing out business ideas?

Of course, when you say it like that it sounds so obviously true.

Why wouldn’t we want to do something that could help us?

But let me ask you this – how many of you floss at least two times a day?

There are many helpful things we could do, but we don’t do them all.

Maybe it’s because we don’t have the time (but really, who doesn’t have time to floss?).

Maybe it’s because we don’t understand the gravity of the situation as it requires too much forethought.

As the payoff is not immediate, we tend to overlook thinking ahead.

There isn’t really much immediate gratification from testing an idea (unless, of course, you find out that it is a horrible one), so we often don’t do it.

On top of that, often we get so caught up in the idea itself it becomes difficult to remove ourselves from it and look at it objectively.

Of course it’s an awesome, million dollar idea. It’s MY idea. We want it to be so and therefore it is.

But I think we can all agree that the world would be just a little bit better if everyone sat down and did some market research before diving head first into an idea.

I mean, consider some of these product flops that even the biggest corporations have suffered.

Imagine, if someone at Harley Davidson sat down and asked "hmm, does anyone actually WANT perfume from us".

The goal here is to avoid the scenario where, after you’ve invested hundreds (thousands?) of dollars, and loads of man hours, you find out that after all that, no one really liked your idea in the first place.

Let's see what has wings by testing out ideas the simple way.

Ten Ways To Test You Idea

Now, I’m going to show you ten easy ways you can test your idea today - all for under $50

1. Use Your Network - Ask Your Friends And Family

With any idea you have, you should strongly consider asking your friends and family what they think. Now, there are a few caveats.

The first is that they may not be your target market; plain and simple.

Now, this doesn’t mean that it’s not worth asking them, as they still might be able to put themselves in the mindset of your target audience, and at the very least, they are still more objective than you are and the easiest people to get a hold of.

The second is that friends and family at times tend to be a bit unsupportive. I don’t know why this is.

Sometimes I think it’s just people not quite wanting to see people they know to try to rise above their current position.

As many successful entrepreneurs have written, often the endeavors that made them the most successful were, at the time, deemed a complete waste of time by family and friends.

That said, I still think you should always reach out to your network for an honest assessment, just don’t let it dominate your own beliefs.

Many people think competitors are the end of the world. No! Competitors can actually be a good thing for an idea.

Again, there are caveats. If someone is successfully doing exactly your idea and has a large market share, then maybe you should be wary.

However, there are plenty of other scenarios where a competitor simply verifies that there is a demand.

For example, if you want to do web design, you’ll find thousands of people on the internet doing the same thing.

But that didn’t stop the 999 from doing it after they saw the first guy who starts doing web design, did it?

Think about how you can brand yourself differently, or connect with a different audience. There are plenty of ways to differentiate yourself.

For any idea, you need to have a target audience – who are you going to market to?

Depending on who they are, there might be a very easy way to get in touch with them.

For example, if you are marketing to businesses, well, many businesses have emails/contact information all over the web. Look for

And of course, there are plenty of things that don’t involve the internet.

What about good old fashion walking into a store and asking to speak to the manager (maybe best to place a call ahead of time though).

Crowdfunding is all the rage nowadays and it’s a fantastic way to throw your idea out to the masses and let the people vote by putting their own money down.

Not only are you testing your idea, you’re actually fundraising for it at the same time.

If you find that you can't raise the desired amount of money - maybe it's a sign that people aren't interested in the product.

5. Use A Feedback Service

Yes, there are actually websites that were built to provide feedback on ideas - who knew?

Apparently, this is a common enough problem that people thought it was prudent to create communities where you could get feedback on your idea.

For example, Hype An Idea, which allows you to connect directly with other entrepreneurs and discuss, develop, innovate and share.

I hate to sound snotty, but I think other entrepreneurs can be a great source, as they have developed a particular skill set for starting ideas as well as an intuition for what will be successful.

A few other: Pickfu

Even in the 21st century, some age-old techniques should not be overlooked, and surveying is one of them.

A well thought out survey can tell you things about your idea you would never have guessed.

If you have a website, there are tons of free services available to help you create a survey for your readers.

If you don’t have a website, just go out and ask people.

Yeah - it's that simple, why do we make life so difficult sometimes?

Personally, I think it is best to approach people at a time when they have nothing else they could possibly be doing but to answer your survey (ex. At a bus stop).

Running a Google AdWords campaign (or other types of online advertising like Facebook) is one of the easiest and quickest ways to get your idea in front of hundreds of people.

The platform allows you to target specific search terms and demographics, which will help you hone in on your target market.

In addition, you’re probably going to want to create a landing page for your service/product and can use that to measure sign ups/conversions.

It isn’t free but often for first-time users you can get a coupon for $50-$100. A fine substitute for this is Facebook Ads.

8. Show Off Your Product

Let’s say you have a product but you’re still not quite sure if you should go full force with it (for example, maybe you bake a mean plate of brownies or you’re a talented shirt designer).

There are still lots of cheap and easy ways that you can get your product in front of people on a small scale and gauge interest.

9. Make It Part Of An Upsell

Let's say you already have a product or service and you're considering a more premium version but aren't sure if people would be interested and how much they would pay, you can offer it as part of an upsell.

I love these websites because they bring out the creativity in everyone. What would you do for $5?

In many cases, not much, and that's where most people miss the whole idea.

It's not about what you're willing to do for $5.

Take a look at any top rated seller and they have a slew of different ways to upsell you, like this guy. His basic gig is

$5 gets you 5 creative branding ideas OR 5 taglines.

THIS is where the real money is. Don't have a $5 service?

Work backward. Find a cheaper, less involved variant as your "get your foot in the door" offer, and then custom your original service as an upsell.

I list this last because I think before getting to this point it’s advisable to try several of the other methods first to get some preliminary validation that your idea is worth pursuing.

Yes, it can be set up in a few hours.

But overall it can be a lot of work (depending of course on what you’re attempting) and can possibly lead to you getting hung up on things that don’t matter before you’ve taken the steps to know whether it is something even worth getting hung up on!

But if you’ve gotten some good feedback using the other methods a website can be a great addition for your brand.

How To Start A Blog

How to Leverage Influencers to Build the Best Content Upgrade